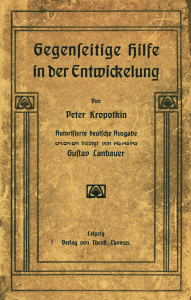 Pëtr Kropotkin’s anarchist-anti-capitalist-commonist-animalist notion of “mutual aid” has already been gaining traction for quite a while. Under current conditions, however, it is geared to become THE international heterodox-anarchist Left’s response to the authoritarian Right’s corporate exploitation of the Covid-19 crisis. As a contribution on the It’s Going Down site makes quite clear: “In many ways, the coronavirus has accelerated all of the trajectories of modern capitalism that have hurdled us towards our current position: rapidly gentrifying cities, automation and the gig economy displacing workers into precarious forms of employment, the rising cost of living, and lack of access to affordable healthcare, education, and daycare for children.” What’s more, Kropotkin makes for an inspiring trans-species thinker, which is probably one of the reasons for his present appeal. A quick glance into the introduction of his 1902 “Mutual Aid: A Factor of Evolution” (below a picture of Gustav Landauer’s German translation from 1904) may suffice for an understanding of the attraction: “[…] wherever I saw animal life in abundance, as, for instance, on the lakes where scores of species and millions of individuals came together to rear their progeny; in the colonies of rodents; in the migrations of birds which took place at that time on a truly American scale along the Usuri; and especially in a migration of fallow-deer which I witnessed on the Amur, and during which scores of thousands of these intelligent animals came together from an immense territory, flying before the coming deep snow, in order to cross the Amur where it is narrowest — in all these scenes of animal life which passed before my eyes, I saw Mutual Aid and Mutual Support carried on to an extent which made me suspect in it a feature of the greatest importance for the maintenance of life, the preservation of each species, and its further evolution.” TH 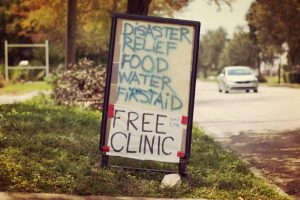