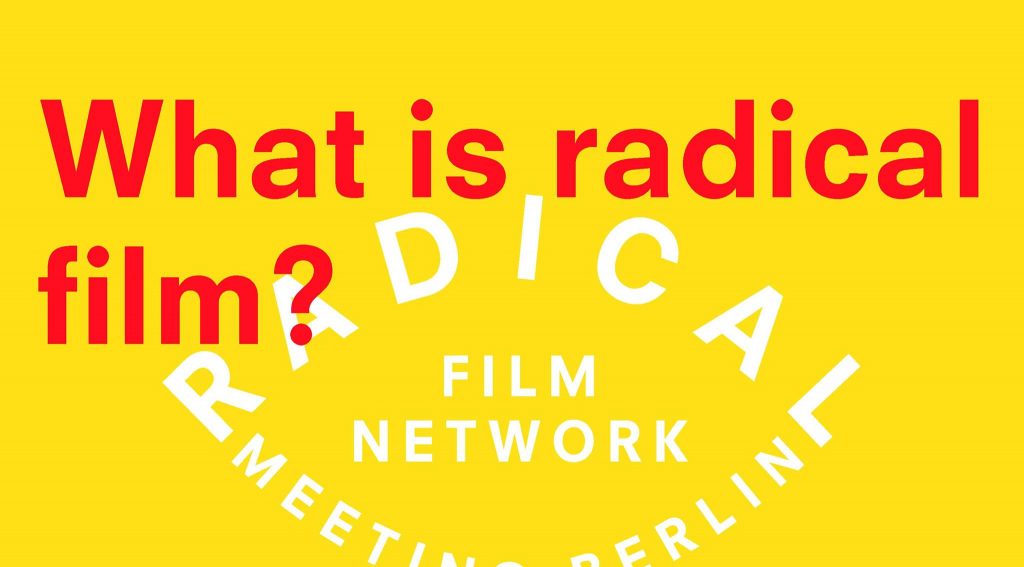 “In recent years an interdisciplinary discourse has developed around counter images and movement images, covering all areas of cultural life, including theatre, exhibitions, cinema, TV, and the Internet. It consistently attempts to find new means of narration and representation that undermine conventional codes and conventions by opposing, alienating and deconstructing them by offering different methods of representing and interpreting the world. Discussions surrounding the formats and forms of radical film will be the theme of the event, along with finding ideas to re-contextualise them, with the aim of proving that oppositional and radical filmmaking is as diverse, colourful and lively as ever.” (Julia Lazarus & Ursula Böckler)

A word on „post-truth“ by postcolonial and photography scholar Zahid R. Chauhary (from his 2020 essay „The Politics of Exposure: Truth after Post-Facts“): „So perhaps it is not simply that truth acts (such as whistleblowing) expose what we already know, but that the place of knowledge in an atmosphere of fetishistic disavowal lends such disavowal a libidinal frisson. In cynical reasoning, truth actually matters a great deal because acting in spite of it is what endows the action with its distinctive fetishistic pleasure.“