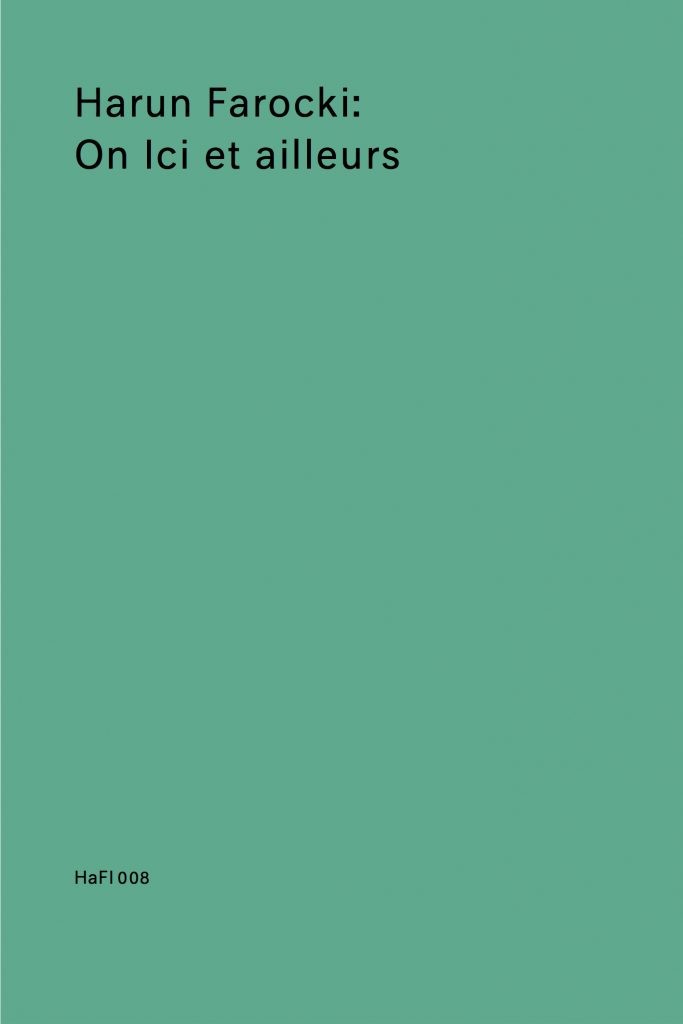 HaFI 008 presents an unpublished talk given by Harun Farocki in 1987 at the event “Films that Think in Images” at the Akademie der Künste, West Berlin. The typescript was found among Farocki’s papers after his death.

“In 1970, the war in Vietnam had nearly been forgotten. The Palestinians were making themselves known. […] Perhaps Godard wanted to make a new base with his film […] when he began a film in 1970 that was supposed to be called Until Victory. The footage lay around for a few years.” Oscillating between surprising associations and following a formal pattern reminiscent of a semantic game of dominos, Farocki speaks about Jean-Luc Godard’s and Anne-Marie Miéville’s “Ici et ailleurs” (1974). How does politics interact with the logic of images and sounds, he asks, and what does technology contribute? “Godard wants to teach how to see; in industry and military labs, machines are currently learning to do so. Pattern recognition: out of a trillion satellite photos of the Soviet Union, a device reads any pattern that looks like a missile silo and shows these to the on-duty personnel.”

Farocki’s talk, translated by Ted Fendt, can be read as a complement to his and Kaja Silverman’s book Speaking about Godard. It is dedicated to the memory of Elisabeth Büttner, who wrote about “Ici et ailleurs” early on and felt close to Harun Farocki’s work.

HaFI 008 is available for 4 Euro here at Motto Books.