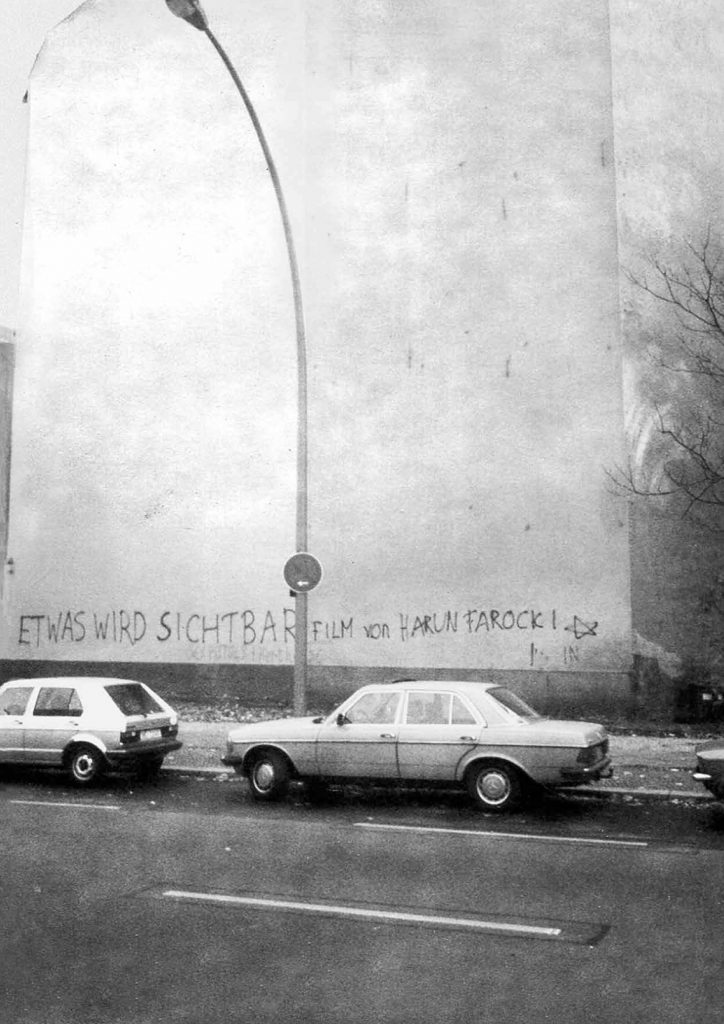 An info sheet, Din A4, published at the occasion of the International Berlin Film Festival 2016. The Institut’s first public appearance.

The photograph shows a graffiti sprayed by Harun Farocki in 1982 (Lietzenburger Straße/Welserstraße) to advertise the eponymous film (English title: “Before your Eyes Vietnam”.