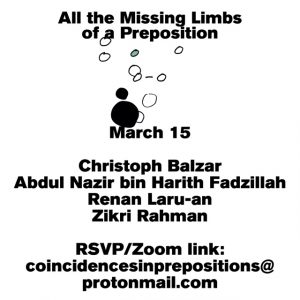 Since the 1970s, German museums with so-called ethnographic collections have successfully defied anti-colonial and institutional critique. Whenever demands for the return of colonial loot gain momentum, they react with sophisticated public relations strategies. To keep their ethnographic collections out of their critics’ grasp, they keep shifting the discourse by relabelling their collections: first as a “world heritage”, then as a “shared heritage”, more recently as “works of art”, to name just a few examples of their vocabulary. The word “loot”, though, is suppressed at all costs. This basic marketing strategy effectively delays the inevitable moral bankruptcy of the ethnographic museum as an agency of colonialism: As long as there is debate, they can publicly justify their continuation. In return, even known rightful owners who demand restitution are still waiting for justice. What does this history of public relations strategies tell about the museums’ official promises of decolonisation? And how does it relate to their institutionalised whiteness?

Christoph Balzar is a curator and art historian.

When the Roman script replaced the Arabic script for Malay language (Jawi language) in everyday and official usage in the late 1960s it cemented a change in the mode of thought and identity. Such a step was taken by the state to fully embrace modernity and to accommodate the birth of a new nation. However, it cut off a massive reservoir of knowledge and local experiences from the later generation. Under this historical backdrop, Akademi Jawi established itself in 2011 as a publishing and research company aimed to revive the Jawi language through the medium of education, publication and research. They have worked on several notable projects to bring the works in Jawi language to the masses. Based on their body of work thus far, conversations with the founder, and the contemporary social environment — especially in the publication industry and higher learning institutions — we believe Akademi Jawi is working on a decolonising project through a two-pronged approach. The first is by revitalising an area of studies that has been neglected by modern academic institutions in Malaysia. This would eventually open up resources to help equip researchers with indigenous knowledge that could be an alternative to  the pervasive colonial worldview. The second is mass education of Jawi language by systematising and reorganising the syllabus to equip lay people with the tools to access works in Jawi language.

Abdul Nazir bin Harith Fadzillah is an editor and bookseller.

Since 2016, Sekolah Alternatif (translated to English as Alternative School. Henceforth SA) which is organized by Borneo Komrad, a cultural and educational network based in Sabah has been advocating for cultural and educational access for the stateless community, particularly among the Bajau Laut and Sulu ethnic. SA’s philosophy for “education for all” is a brazen move in pushing for emancipatory education. Relying on field notes and ongoing conversation-reflection with the SA’s organizer, I am interested to dissect multiple perspectives on how SA is responding to the notion of illegalities; be it physical or abstract, in exploring their modes of educational pedagogy for social change.

By looking at the dense network of SA’s students-teachers-participants within illegal spaces: deemed as squatters and operating ‘illegal school’ by the power that be, and collaborating with illegal bodies: stateless and undocumented community, it will provide insights and interactions in introducing emerging praxis of educational pedagogy. Here, the praxis might be reflected and refined via diverse cultural and dialogue which served as the frameworks of alternative educational pedagogy. Last but not least, the active transgression of such illegalities: within the spaces and bodies then serves as a contentious site where subjectivities and identities are recognized and reconfigured for advancing and fulfilling the emancipatory possibilities of learning.

Zikri Rahman is a writer and cultural worker.

The project is realized in partnership with the Harun Farocki Institut, Philippine Contemporary Art Network (PCAN), and the UP Vargas Museum. Supported by Goethe-Institut.