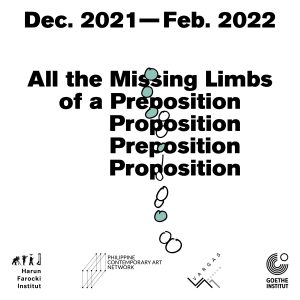 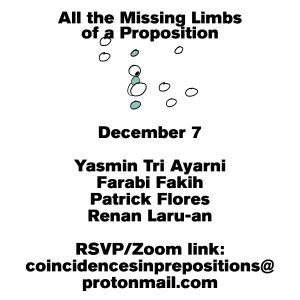 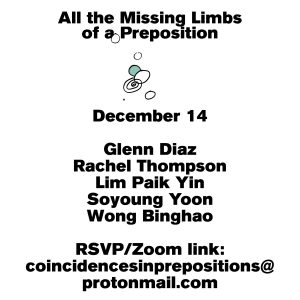 Glenn Diaz on “Notes on fiction and resistance”
Soyoung Yoon on “Reality Would Have to Begin”: The Still Image, or Art in the Age of Pandemic”
Paik Yin Lim on “Median – within/out”
Rachel Thompson on “Meat Bag: An Auto-Ethnographic Curative (Neo)Ritual”
Moderation by Wong Binghao 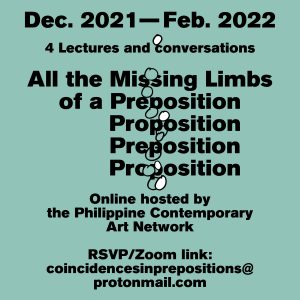