Skip Norman’s contribution to DFFB “volljährig” (DFFB “adult”) is one of the longer and more comprehensive entries in the publication. Apart from a detailed filmography and his answers to the survey, he also sent a letter to Helene Schwarz, the secretary who had been at DFFB since the school’s beginnings and was an important confidante for many of the students.

I would really love to see you now. It has been nine years since I left Berlin and I miss Berlin and my friends very much. My development has not been at a standstill since then. As you will notice in my Vitae (pp. 5—7) I have been involved in making films. I have also become a Scholar. I received a MA degree in 1979 and a PhD in 1984. My special area of academic and professional concern is ethnography. Ethnography is the study of culture. I will combine my experience in documentary filmmaking with my research skills as a scholar to produce ethnographic films. These films will not only advocate better socio-economic conditions for the subjects of the films but they will throw light on the cultural, social and psychological strengths of the people being documented from their point of view. The ethnographic film extends the concerns of the filmmaker beyond the political-economic into the social-psychological. Of course the ethnographic film is far more complicated than I have outlined here because it is based on the premise of developing a methodology that will minimize the biases and ethnocentric perspectives of the filmmaker. I would love to be invited to teach a course in ethnographic filmmaking and photography, so that your students can learn that filmmaking can go beyond the boundaries of the feature (narrative) film and the documentary (advocacy) film into such areas as Visual anthropology, Visual sociology, and Visual ethnography. Filmmaking skills can be used to record, document and study society. The Visual study of society through the study of culture should be seriously considered as an area of film training for future social scientists, i.e., anthropologists, sociologists, psychologists and humanitarians.

I didn’t intend to give a discourse, although brief, on my enthusiasm for bringing film closer to the lives of real people. That is to say, people as they see themselves and not as they are interpreted by film intellectuals.

I intend to send DFFB a copy of my dissertation for the library as soon as it is available. In the meantime, let me extend my heartfelt greetings to you all and reiterate that it would be a pleasure to teach the principles of Visual ethnography and the Visual study of culture. Please give Heinz Rathsack my warmest greetings. One of my doctoral teachers is his friend and international colleague (Robert W. Wagner). 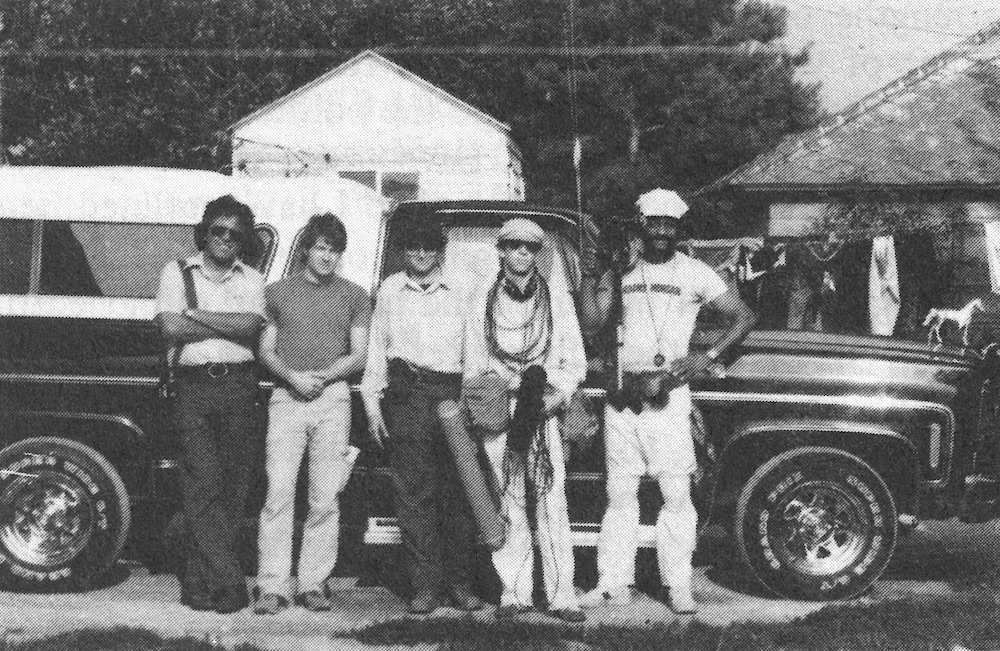 The enclosed picture was taken during the shoot of what will be an important documentary film on Mexican American Migrant farm workers in this country. The Mexican American Migrant farmworkers are the ‘Gastarbeiter’ of America. We are hoping to have the film entered in the 1985 festival program in West Berlin. But that depends on how much money can be generated for the post-production work.

Enclosed you will find my curriculum vitae, a set of answers to your questions (I didn’t answer the questions that implied experience in a German setting), a photograph and a copy of a newsletter that is published by an independent film production Organization in Columbus, Ohio.

Take care and please inform me of the time and place of the twentieth anniversary of class “66”.