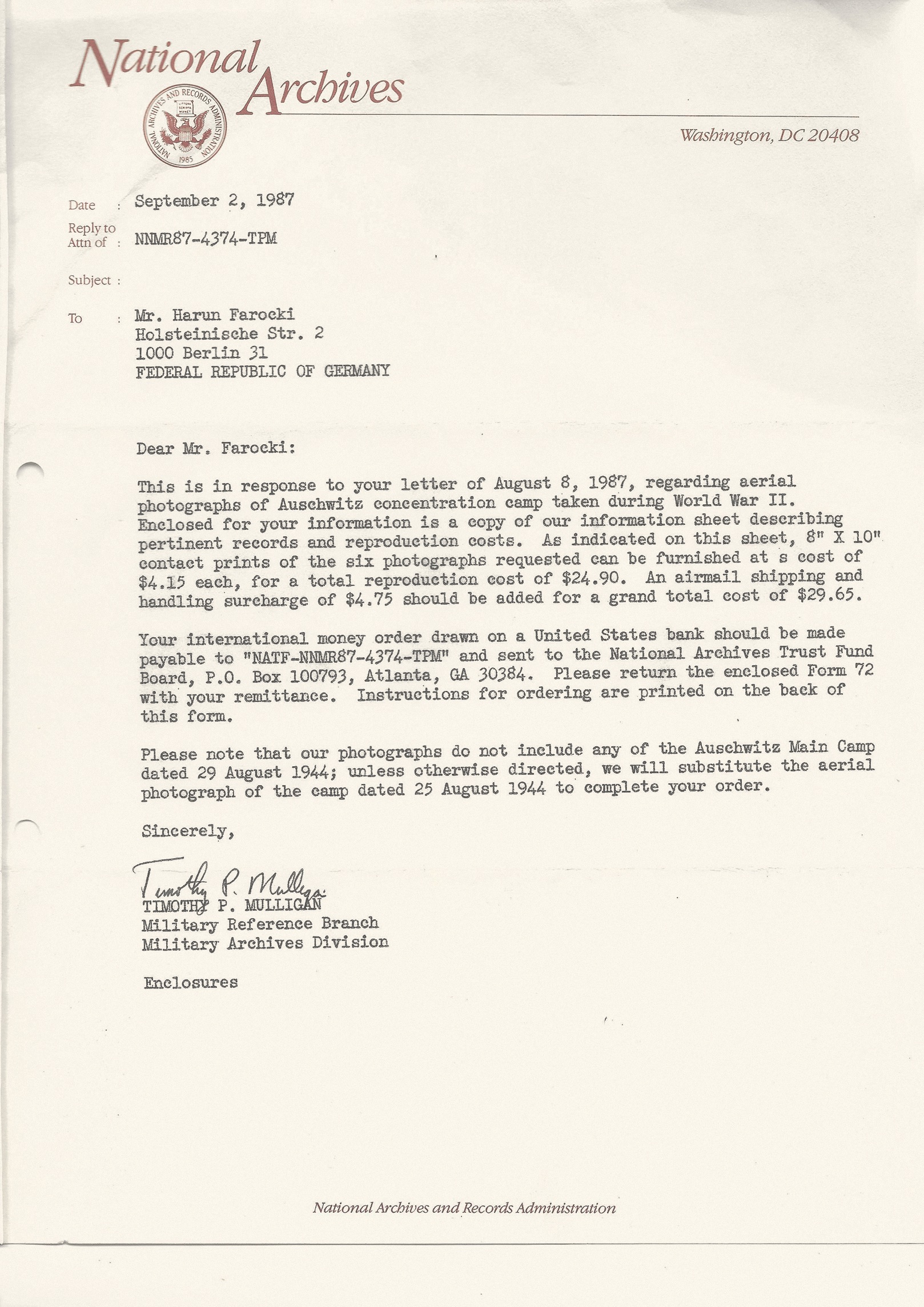 In this letter from September 1987, Harun Farocki is informed about the aerial photographs of Auschwitz that play a crucial role in IMAGES–WAR (1987) and IMAGES OF THE WORLD AND THE INSCRIPTION OF WAR (1988).

In our forthcoming booklet (Harun Farocki: On the History of Labor, HaFI 013), documents and archival material provide an insight into the production history of IMAGES OF THE WORLD AND THE INSCRIPTION OF WAR.

On the webpges of the CIA, you can find Brugioni’s and Poirier’s seminal paper in which they share their investigation into the aerial photographs from 1944 in which they retrospectively discovered the extermination camp. (PDF)