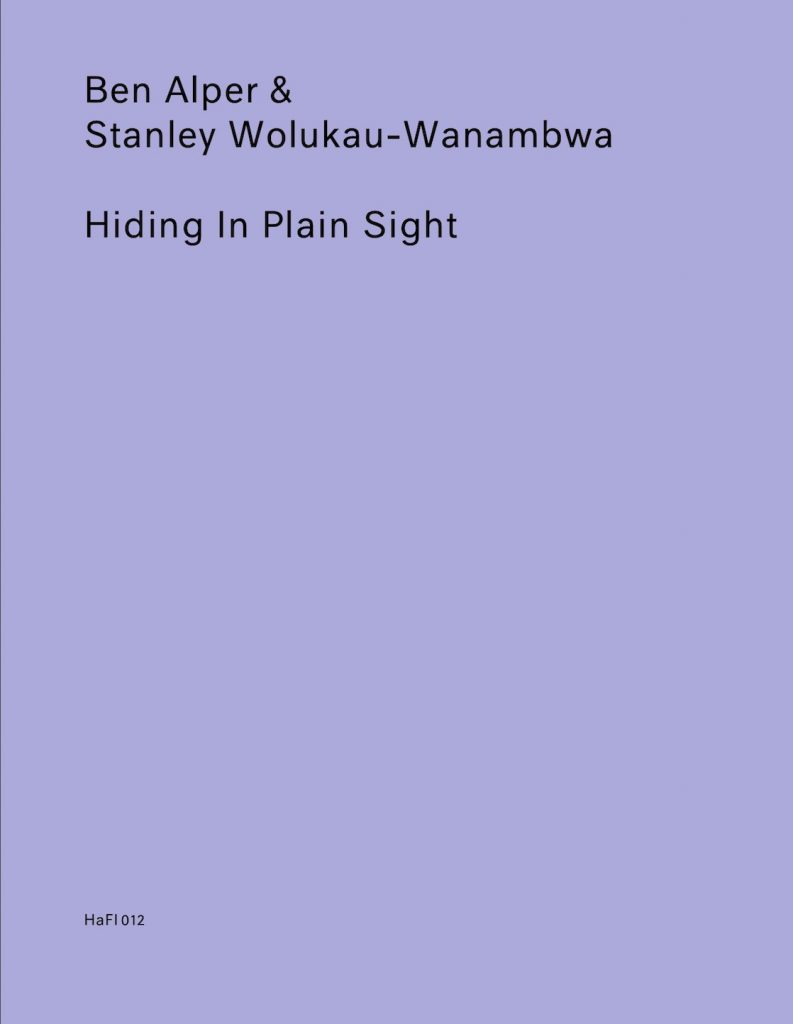 Significantly expanding the scope and functions of the HaFI pamphlet series, Ben Alper and Stanley Wolukau-Wanambwa present visual unknowns and forgotten gestures from the defunct archives of American mid-century news photography. Carefully curated and collated, their iconographic essay, a Bilderatlas of sorts, explores in depth the notion of “hide,” and of what forces normative relations to the visible serve to veil. How can, how should these images be looked at? And how do they unsettle the contemporary gaze?

Ben Alper is an artist and publisher based in North Carolina. He is 1/3 of Sleeper, a publishing studio working with photography and text, and the co-founder of A New Nothing, an online project space that facilitates visual conversations between artists. His work has been exhibited and published both nationally and internationally. Alper has also authored or co-authored six publications in the past six years.

Stanley Wolukau-Wanambwa is a photographer and writer who has contributed essays to various magazines, monographs and anthologies, and exhibited his work internationally. He is the Graduate Program Director of the photography MFA at the Rhode Island School of Design.

The booklet is on sale at Motto Books for the price of 10 Euro.

* HaFI 012 is published within the framework of Archive außer sich, a project of Arsenal – Institute for Film and Video Art in cooperation with Haus der Kulturen der Welt as part of The New Alphabet, a HKW project supported by the Federal Government Commissioner for Culture and the Media due to the ruling of the German Bundestag.