This is the twenty-third instalment of a collaborative effort by the Journal of Visual Culture and the Harun Farocki Institut, initiated by the COVID-19 crisis. The call sent to JVC’s editorial board, and a wide selection of previous contributors and members of its extended communities, described the task as follows: “There is a lot of spontaneous, ad hoc opinion-making and premature commentary around, as to be expected. However, the ethics and politics of artistic and theoretical practice to be pursued in this situation should oblige us to stay cautious and to intervene with care in the discussion. As one of JVC’s editors, Brooke Belisle, explains: ‘We are not looking for sensationalism, but rather, moments of reflection that: make connections between what’s happening now and the larger intellectual contexts that our readership shares; offer small ways to be reflective and to draw on tools we have and things we know instead of just feeling numb and overwhelmed; help serve as intellectual community for one another while we are isolated; support the work of being thoughtful and trying to find/make meaning…which is always a collective endeavour, even if we are forced to be apart.'” TH

COVID 19, climate change and the viral imaginaries of crisis 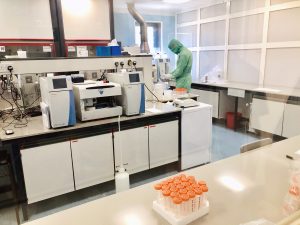 The hot summer of 2015 induced record sea ice and permafrost melt. Scientists gathering ice cores from Siberian permafrost discovered a live 30,000-year old virus Mollivirus sibericum of significant size. At 0.6 microns Mollivirus sibericum is considerably larger than coronavirus at 0.12 microns (being a Megaviridae in science parlance). Under laboratory conditions scientists demonstrated that the virus could still infect its target, a single-celled amoeba.[1]

There are a number of interesting things arising from this story. One is obvious: a fear that ice melt caused by climate change could release pathogens that are dangerous for humans and wider animal world. This is not the news we need at this moment and the risk of this actually happening has not been discounted.[2] Another is how this story enables us to map some of the connections and coordinates of the current coronavirus outbreak to conceptualisations of the wider environmental crisis we are already catastrophically bound to.

These late Pleistocene mega viruses (when I first wrote this, Microsoft Word autocorrected ‘mega’ to ‘MAGA’ ) enable us to understand both climate history (how these viruses interact with their habitat are informing environmental predictions) and an understanding of evolution.[3] As recently noted by N. Kathrine Hayles, scientific discoveries arising from work on giant viruses show their genomes to be similar in size to bacteria leading to new understanding of the key role viruses have played in the evolutionary development of life on Earth.[4] This new understanding of biosymbiosis arising from the Earth’s ancient viral archives demonstrates, yet again, how we are caught up in wide, deep and complex interdependencies with other forms of life, environments and Earth systems which reciprocate in force on our bodies when we fail to care for them.

Charts and models dominate our news cycles and hint at emerging visual languages of crisis (flattening the curve is an aesthetic figure). It’s worth mentioning here that we’ve been trying to flatten other curves in the last 20 years or so: CO2 emissions, temperature and sea level rises amongst other things.

Alongside these ‘necro-visualisations’ of human tragedy, the concept of the model cuts across the public imagination as a harbinger of what might be and what was. A new empiricism abounds, but like the old empiricism we have come to appreciate that what it produces is always situated (Haraway’s ‘God Trick’). Or to put this another way ‘all models are wrong, but some are useful’.[5] Science is fragile, partial, contingent, but much of the time it is enough. Models of all types, it seems, will be around for some time.

[5] The phrase ‘all models are wrong, but some are useful’, is generally attributed to the statistician George Box.

Tom Corby, artist and Professor of Interdisciplinary Art at Central St Martins College of Art and Design, University of the Arts London (www.manifestdata.org)