Lockdown is a savage montage (Journal of Visual Culture & HaFI, 16)

This is the sixteenth instalment of a collaborative effort by the Journal of Visual Culture and the Harun Farocki Institut, initiated by the COVID-19 crisis. The call sent to JVC’s editorial board, and a wide selection of previous contributors and members of its extended communities, described the task as follows: “There is a lot of spontaneous, ad hoc opinion-making and premature commentary around, as to be expected. However, the ethics and politics of artistic and theoretical practice to be pursued in this situation should oblige us to stay cautious and to intervene with care in the discussion. As one of JVC’s editors, Brooke Belisle, explains: ‘We are not looking for sensationalism, but rather, moments of reflection that: make connections between what’s happening now and the larger intellectual contexts that our readership shares; offer small ways to be reflective and to draw on tools we have and things we know instead of just feeling numb and overwhelmed; help serve as intellectual community for one another while we are isolated; support the work of being thoughtful and trying to find/make meaning…which is always a collective endeavour, even if we are forced to be apart.'” TH 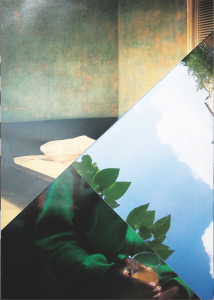 ISOLATION IS A CUT

Lockdown takes a pair of scissors to society

CORONA IS THE WORLD AS AN INTERNALLY HETEROGENEOUS IMAGE

Covid-19 is the hardest example of soft montage

Hugs, handshakes and kisses have been spliced with the scalpel of social distancing

A BLADE 2 METRES WIDE SLASHES THROUGH THE WORLD

Edit points separating the dying from their loved ones

KEY WORKERS ARE THE GLUE

Quarantine is a savage montage, surgical in its control but brutal as it scars, tears and rips through bonds of love

THE FRAGMENTS OF SOCIETY HAVE BEEN REARRANGED IN A NEW PATTERN

Families are cut up while households are stuck together

The emergency measures are rules of composition

Knitted, sewn, patched and repaired, we reunite in new patterns 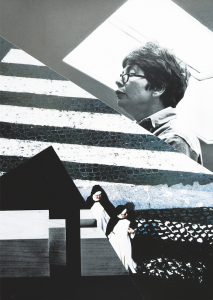