This is the second instalment of a collaborative effort by the Journal of Visual Culture and the Harun Farocki Institut, initiated by the COVID-19 crisis. The call sent to JVC’s editorial board, and a wide selection of previous contributors and members of its extended communities, described the task as follows: “There is a lot of spontaneous, ad hoc opinion-making and premature commentary around, as to be expected. However, the ethics and politics of artistic and theoretical practice to be pursued in this situation should oblige us to stay cautious and to intervene with care in the discussion. As one of JVC’s editors, Brooke Belisle, explains: ‘We are not looking for sensationalism, but rather, moments of reflection that: make connections between what’s happening now and the larger intellectual contexts that our readership shares; offer small ways to be reflective and to draw on tools we have and things we know instead of just feeling numb and overwhelmed; help serve as intellectual community for one another while we are isolated; support the work of being thoughtful and trying to find/make meaning…which is always a collective endeavour, even if we are forced to be apart.'” TH 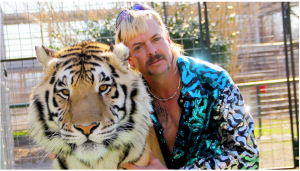 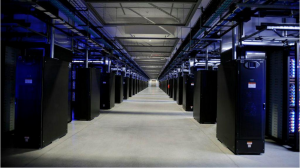 Streaming video, a link between pandemic and climate crisis

This pandemic panacea is fueling a more pressing global catastrophe, for streaming media has a significant carbon footprint. Online video represents nearly 60% of world data traffic. By a conservative calculation, streaming video is responsible for over 1% of global greenhouse gases—a figure increasing exponentially. This fact, long known to IT engineers and industry insiders, is gradually entering public discourse.

For this text I calculated the carbon footprint of the wildly popular Netflix miniseries Tiger King, which streamed 34,000,000 times in the United States in the last ten days of March 2020.[1] Many variables enter, so this is an approximation, but it’s not off by orders of magnitude.

Tiger King has 7 episodes at ~45 minutes = 5.25 hours. Let’s assume that each unique viewer watched an average of ¼ of the whole show. Thus:

Carbon footprint: According to the U.S. Environmental Protection Agency’s Greenhouse Gas Equivalencies Converter, 496,453,125 kWh of energy would produce 351.012 metric tons of CO2. That’s equivalent to the emissions of 75,834 passenger cars for one year. (Of course, if the US were not so reliant on fossil fuels for energy, this figure would be lower.)

On the upside, according to the EPA calculator, the carbon emitted by that Tiger King pandemic-streaming equals the amount of carbon sequestered by 5,804,061 tree seedlings grown for 10 years. If every 6 Tiger King viewers planted a tree…

Industry is invested in convincing us to consume more media at higher bandwidth, and governments the world over are buying in. Media corporations will likely leverage the CoVid-19 crisis to insist that ubiquitous high-bandwidth media constitute an essential service. As consumers, citizens, and activists, there are several ways we can resist this siren song. These include:

-demanding government regulation, for example a carbon tax on data centers and networks

-once the pandemic settles, going to the movies!

-for teachers, conserving bandwidth, e.g. by uploading slide shows with audio narration rather than videos (Hilderbrand 2020)

-demonstrating that low-bandwidth, small-file media are attractive in a “cool” (McLuhan), haptic (Marks) way. This is what we are doing at the Small File Media Festival. Submit your maximum-5G videos! Deadline May 30, 2020

-and fundamentally, demanding that our governments push for renewable energy.

Costenaro, D, and A Duer. 2012. “The Megawatts behind Your Megabytes: Going from Data-Center to Desktop.” Proceedings of the 2012 ACEEE Summer Study on Energy Efficiency in Buildings, ACEEE, Washington, 13.65-13.76.

Thanks to my colleagues Joe Clark and Stephen Makonin for their feedback on drafts.

Laura U. Marksworks on media art and philosophy with an intercultural focus; she teaches at Simon Fraser University, Vancouver.