Dispatches from the Melton Prior Institut (3) 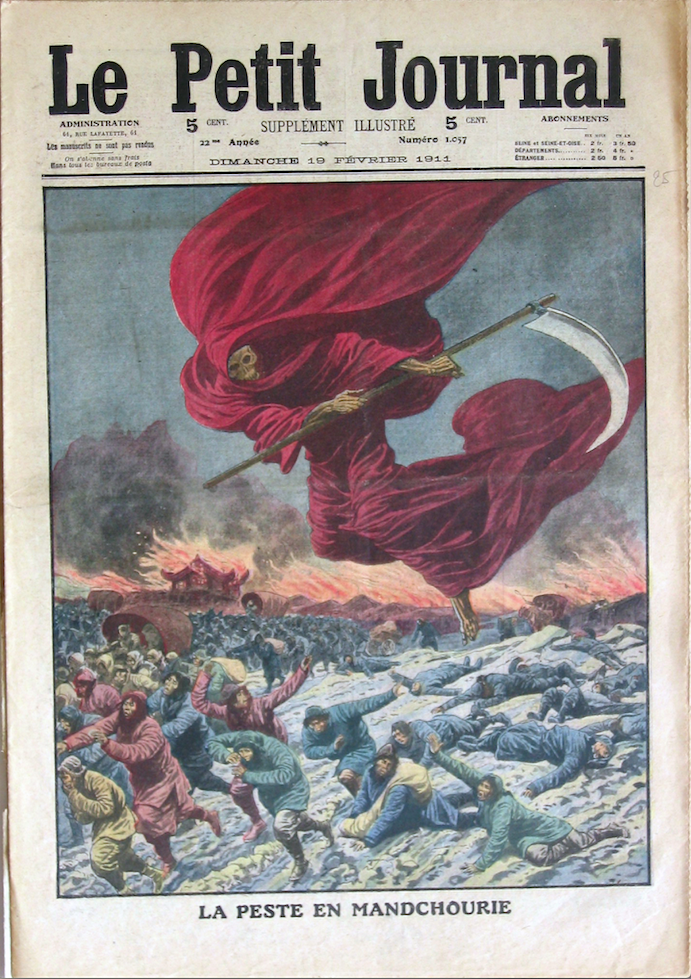 The third  delivery from the Melton Prior Institute (meltonpriorinstitut.org). Alexander Roob and Clemens Krümmel have activated their unique archive of non-photographic picture journalism and showcase examples from the coverage of epidemics in illustrated journals of the late nineteenth and early twentieth centuries. Today: Le Petit Journal (February 19, 1911), covering the devastating 1910/1911″pest” in Manchuria.

“Swift to spread through an infected organism, and potentially fatal even with modem medical intervention, septicaemic plague (in which bacteria penetrate the blood system) would count as the most dangerous form were it to constitute an epidemic in itself, rather than a complication liable to accompany the bubonic or the pneumonic kind. That last, an extreme type of lung infection, highly contagious and still impossible to cure unless identified within the first twenty-four hours, is the rarest as well as the dead- liest form of a plague epidemic. The Manchurian outbreak in the autumn of 1910 was the worst such epidemic in recorded history.”