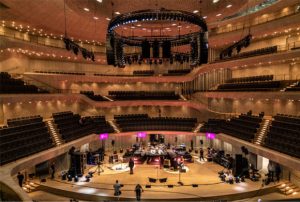 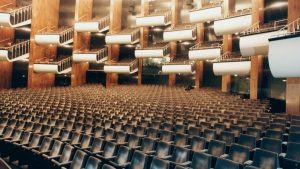 These days hardly any other media technology receives as much approval as live streaming. It can be considered one of the central features of what will be (or is already) called “corona culture,” the culture of physical (if not social) distancing, as the live event, which depends fundamentally on physical co-presence, has been suspended indefinitely. This measure appears virtually inconceivable – socially, aesthetically, economically. Thus, in a move to cling to the live event as their founding principle and business model, cultural institutions everywhere, large and small, public and independent, have started to broadcast live concerts, operas, plays, readings, performances, dj sets, etc.

The venerable debate about the mutuality of artistic expression and “live” audience, of physical presence and aesthetic experience, especially in the performative arts, has been aptly summarized by the title of Philip Auslander’s classic Liveness: Performance in a Mediatized Culture (1999). A few days ago, any traditional notion of “liveness” had to cease, brutally. Conversely, it is being recalibrated against the background of the corona condition. In contrast to live sports such as football, for which so-called ghost games are not a permanent option, for the above mentioned cultural forms and formats, the ghost game, playing without an audience, is at least approved as a modality of crisis resilience.

Clearly we can push aside many of aesthetic theory’s beloved arguments about the indispensability of the interaction between the stage and the auditorium for a while. On the one hand, the aesthetic argument gives way to the economic, on the other, there is no way around redesigning cultural consumption under the conditions of quarantine. It remains to be seen what effects the abrupt implementation of the livestream principle in the cultural field will bring about. It is quite likely that many of the physical sites of the performative arts and music will not recover from the crisis, for many owners and operators are facing bankruptcy. However, economic damage is but one aspect for consideration. Live venues will also suffer from the collective rehearsal of the livestream mode that is now taking place, already featuring the marks of a complex media transformation. 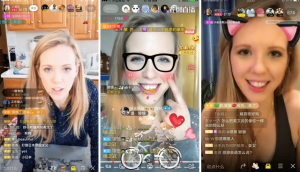 Live streaming video services such as YouTube or Twitter have been paving the way for this development for years. The hyperculture of influencers and other internet celebrities plays a decisive role here. The popularity of live streaming in China, for instance, has helped create massive, addictive dependencies among users. Recent behavioural psychological studies on computer and internet practices emphasize online identification both with the streaming “live” artists and presenters and the streamed audience. In the course of one of these studies, 338 people were interviewed online: the “subscales” of the survey included “demographics, psychological factors (life satisfaction and loneliness), Big Five personality traits [i.e. openness, conscientiousness, extraversion, agreeableness, neuroticism], motivations, and problematic use of live video streaming services.” Of the results, the following stood out: people with “neurotic personality” tended to use live video streaming “excessively”, while those with “pleasant [agreeable] personality”; “instrumental motivations” such as the search for information or self-presentation show little relation to the symptoms of addiction, while “passive motivations” such as “interaction, escapism and voyeurism” are associated with addiction.

Interaction, escapism and voyeurism – are these the ingredients for the future that the cultural scene will have to adapt to? Or has already adapted to? The said “motivations” are well known parameters of the culture industry and spectacle. Now, with full legitimacy of the current emergency, they could suffocate the remaining residuals of self-determined cultural practice. And while this is taking place, the data centers around the world are heating up (only to be cooled down again, producing massive carbon and water footprints) to enable all the “passively motivated” streaming traffic. Adding to the cultural and economic disaster, more environmental havoc would be caused. Perhaps live streaming should be reduced to the bare minimum: to tutorials around health and medical issues, to tele-meetings of the infected and vulnerable with their loved ones, to non-commercial online courses in the newly decentralized educational systems. TH