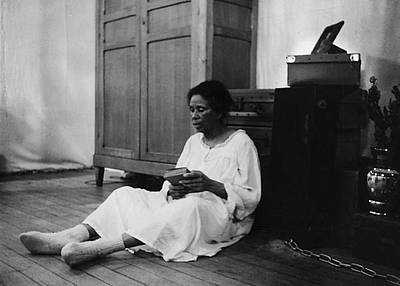 Ethnographic film was a constant point of reference for Harun Farocki and offers an example of how film and research are intertwined. Of Jean Rouch’s 12 films in Arsenal’s archive, we will screen one of the least known. FOLIE ORDINAIRE D’UNE FILLE DE CHAM diverges from traditional ethnographic work and is instead a multi-layered media translation. “Taking a text by Julius Amédée Laou, a young author from Martinique, that was staged in the theater by Daniel Mesguish, Jean Rouch transposed the plot to a hospital to give it a ‘scientific’ frame: A psychiatrist named Charcot presents a spectacular case to his colleagues so that they can themselves evaluate it. The viewers are the witnesses of this presentation alongside the doctors.” (Forumsblatt) The film will be preceded by a film in which Raymond Depardon and Jean Rouch film each other filming.