HaFI 002: Harun Farocki: What Ought to Be Done 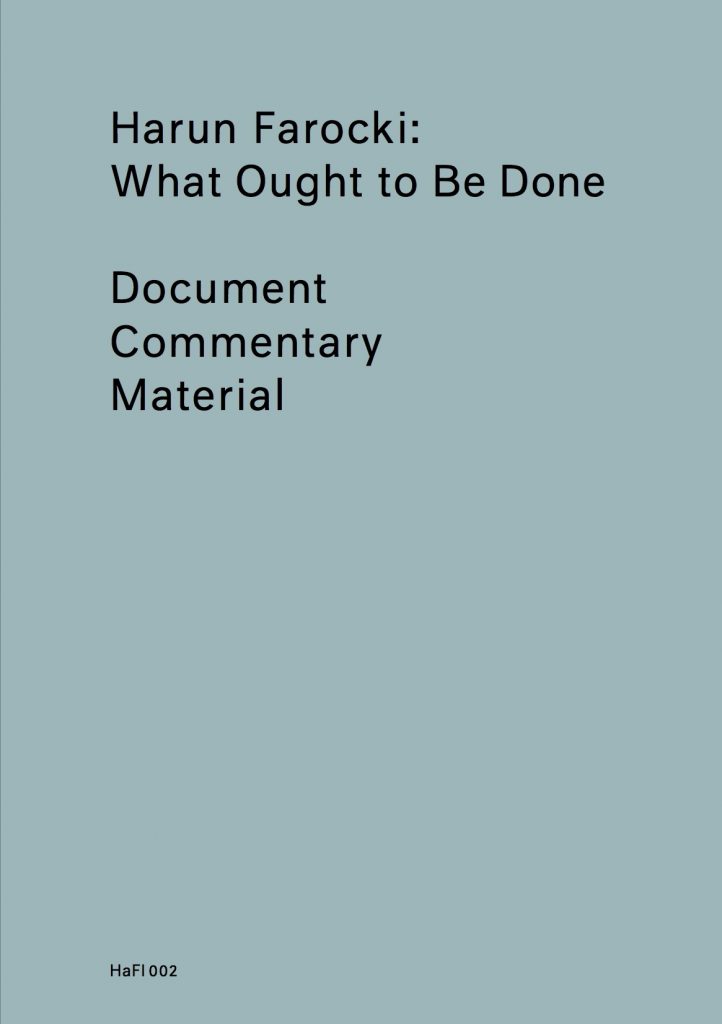 In the mid-1970s, Harun Farocki wrote a two-page call programmatically entitled “What Ought to Be Done,” followed by a survey addressed to potential collaborators and supporters.

He envisioned an institution to “organize a coalition of working people, not from an abstract understanding but from the contact points of their work.” The purpose of this institution, devoted to documentary practices, was twofold. It was “intended to collect, i.e. secure what is there,” but also “to produce, i.e. initiate what is not yet there.” In doing so, it was meant to facilitate social and collaborative processes, comprehensive and interdisciplinary studies without time pressure.

At the occasion of Farocki’s working paper, the Harun Farocki Institut, founded in 2015, historically situates Farocki’s initiative and reflects upon the proximities and differences between creating an institution in 1976 and forty years later.

The publication includes Farocki’s text, a commentary by Tom Holert, Doreen Mende and Volker Pantenburg, as well as a letter written in 1975/76 by documentary filmmaker Peter Nestler in response to Farocki’s circular.

The PDF is available here.