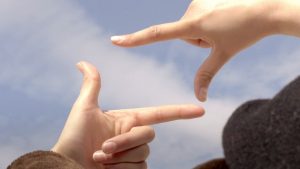 On August 20 at 7:30 p.m., at silent green we present UNREADABLE FUTURE, an essay film by the artist, curator, and author Hans Carlsson, realized as part of his Harun Farocki Residency in Berlin in winter of 2021/22 — supported by International Artists Studio Program in Stockholm (IASPIS).

Taking the format of a video letter to a future where all phonetic letter systems (including the Latin alphabet) have ceased to exist, the narrator, while presenting footage from diverse sources on his desktop screen, dwells on questions of the power of alphabetic representation, the history of the Greek alphabet, and the taxonomy of Atlantic hurricanes.

The screening will be followed by a talk with Hans Carlsson, Sarat Maharaj and Doreen Mende.

Admission free
The event will be held in English