Woomera
from The Exclusive. On the Politics of the Excluded Fourth 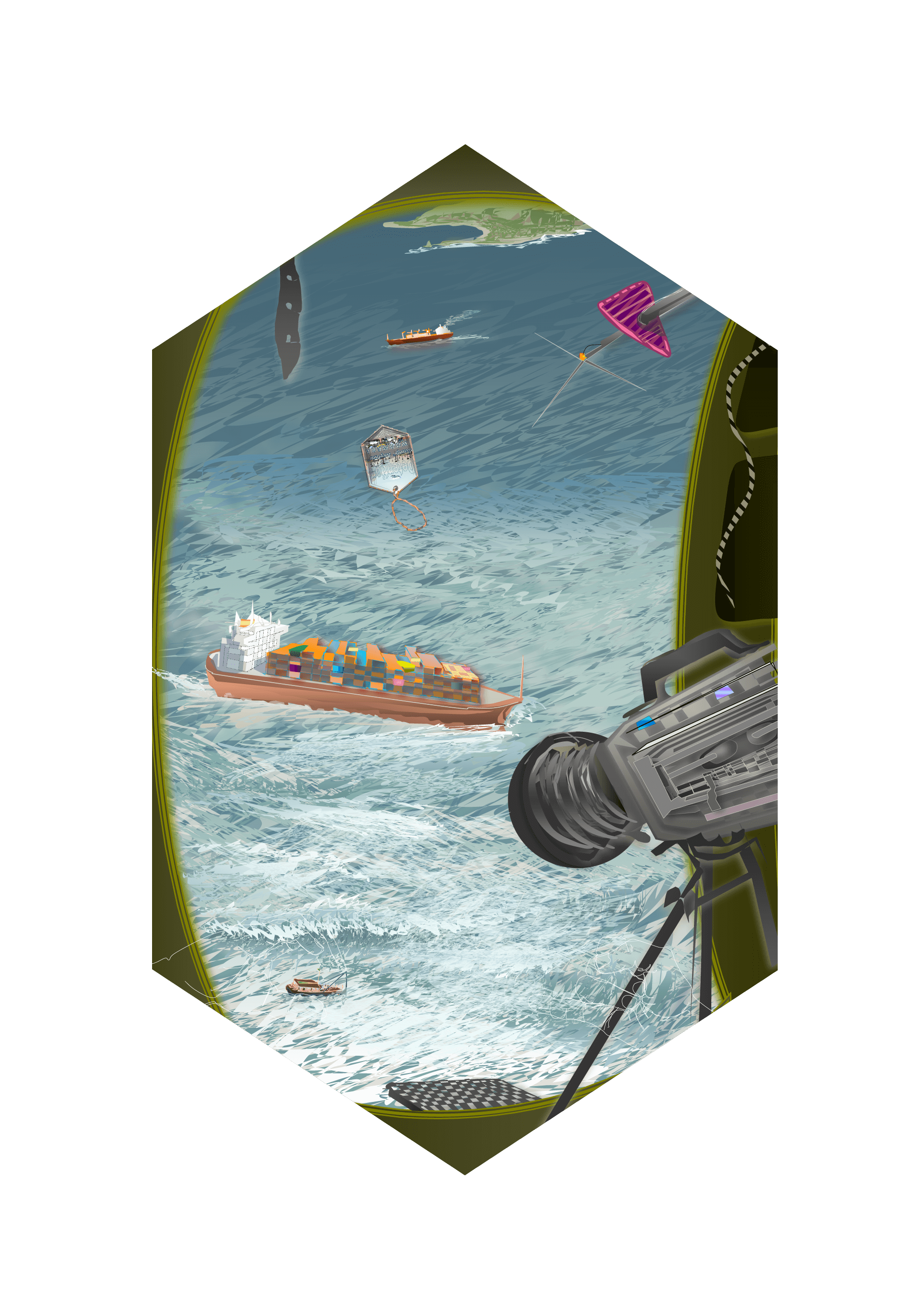 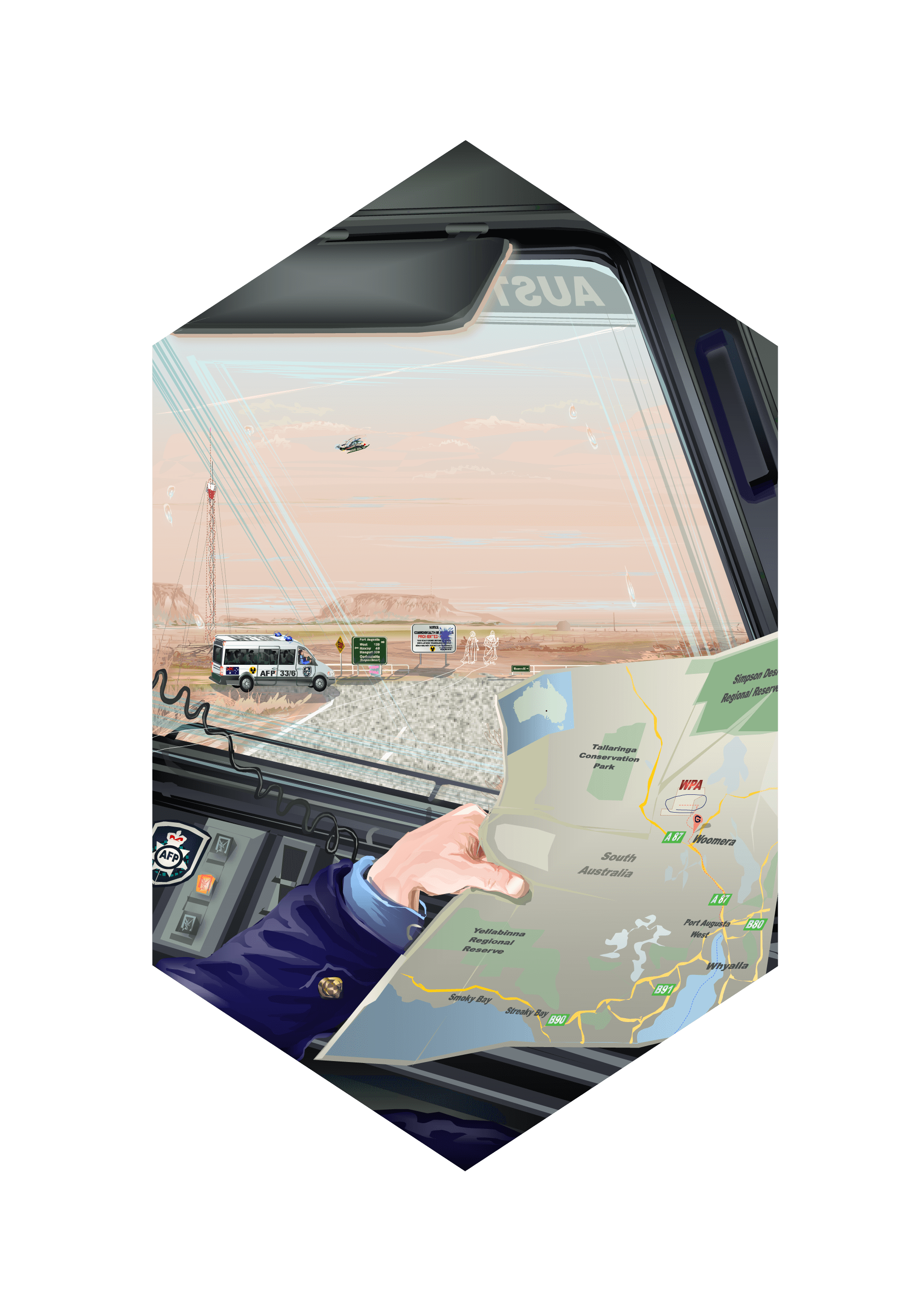 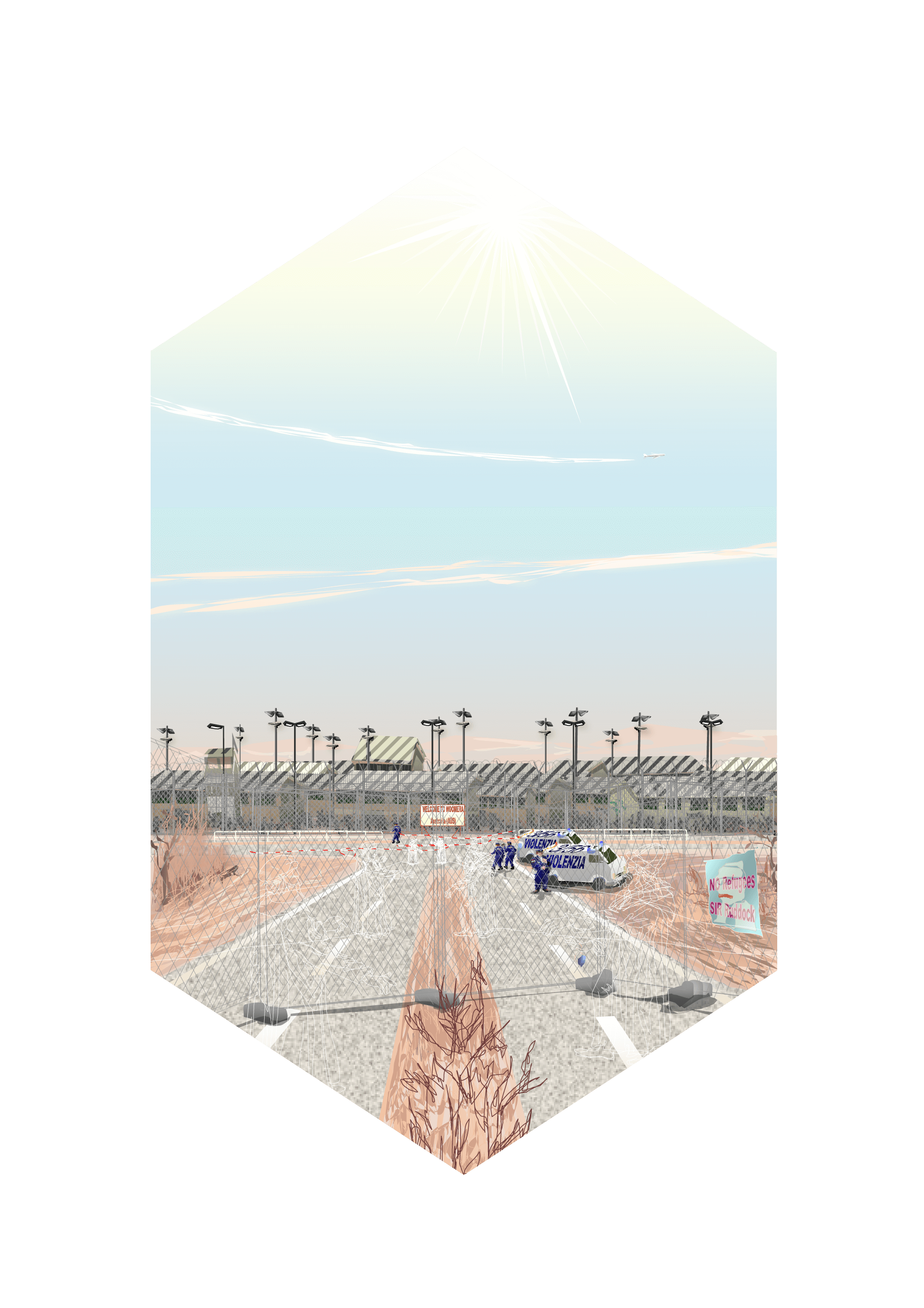 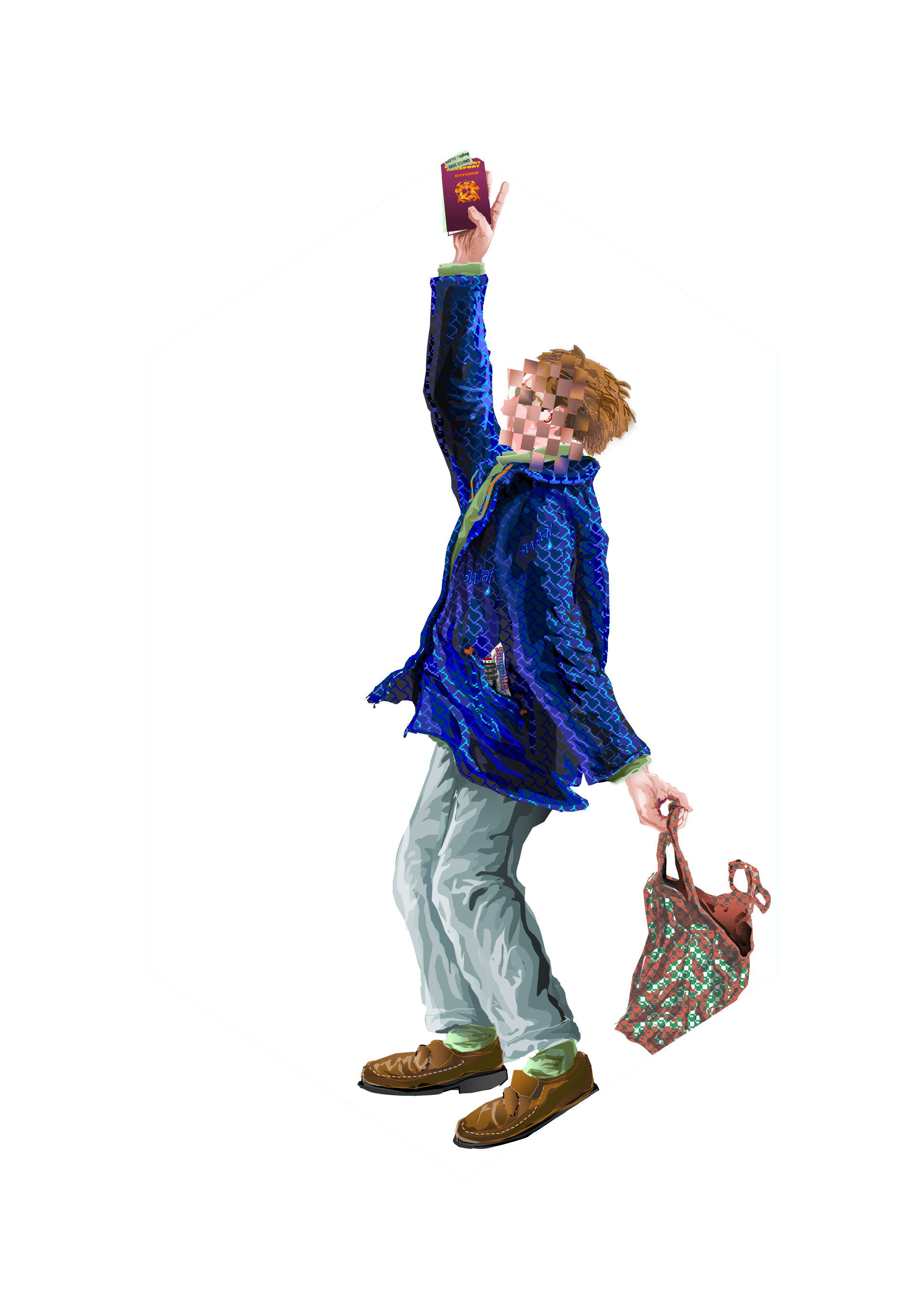 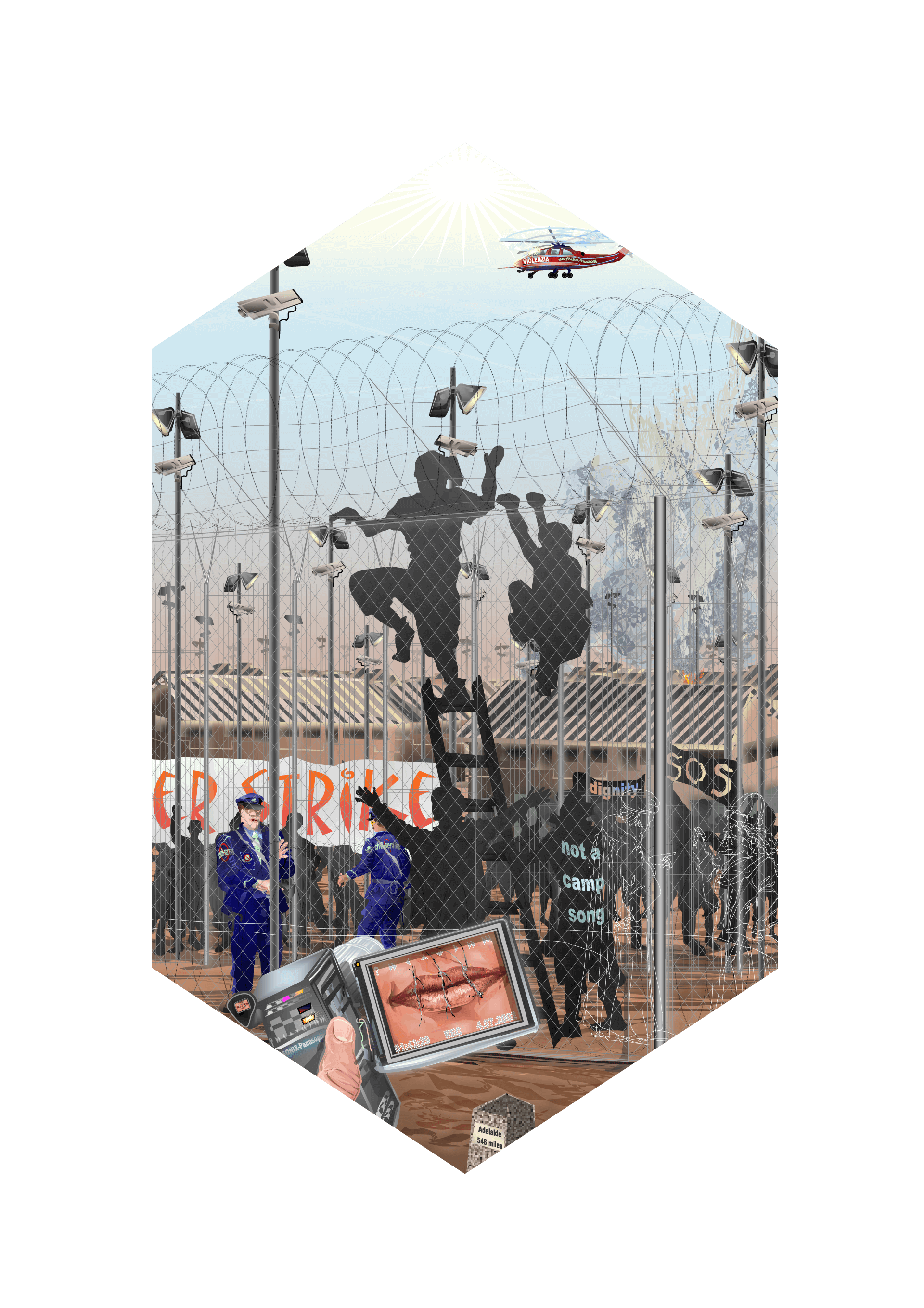 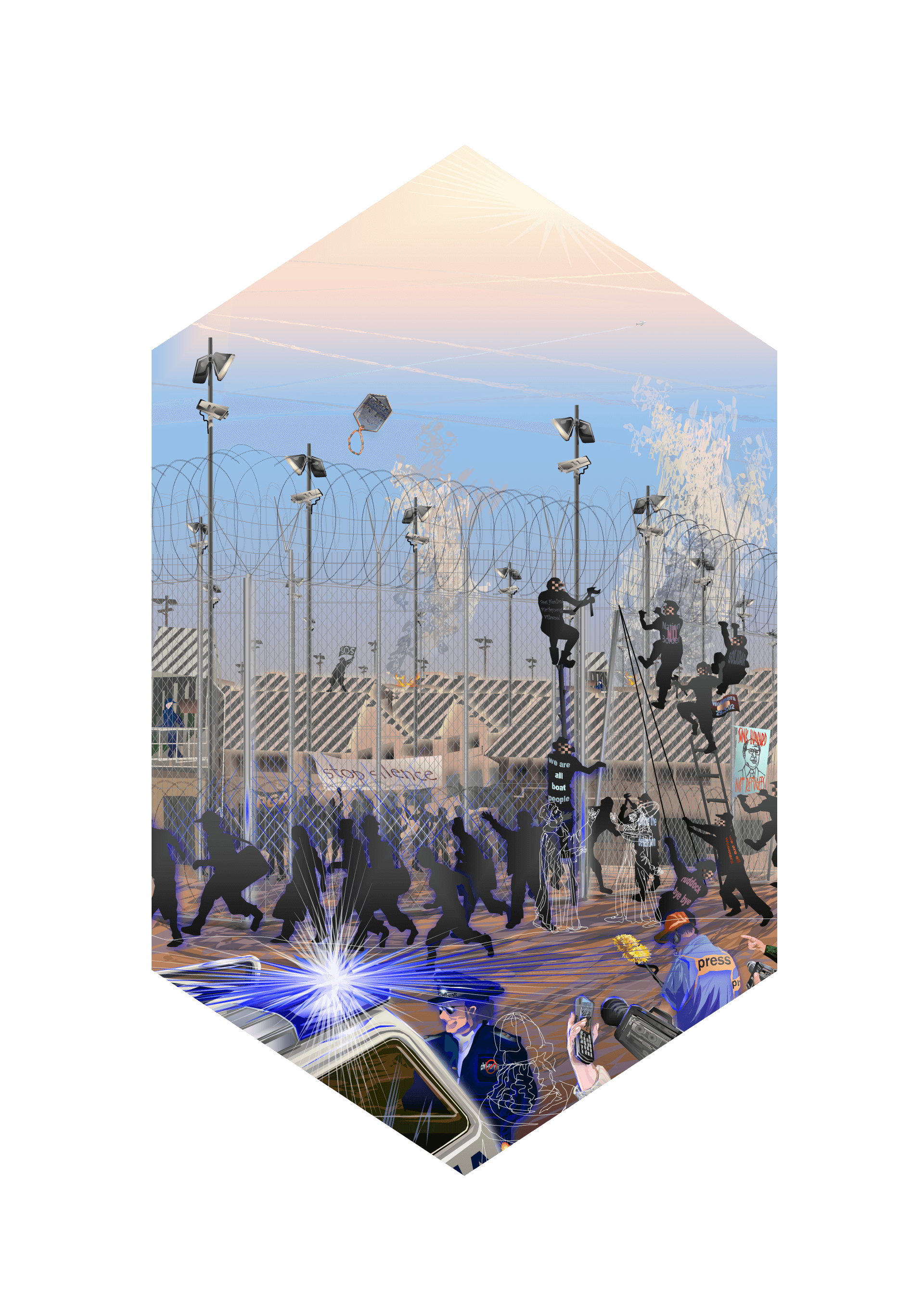 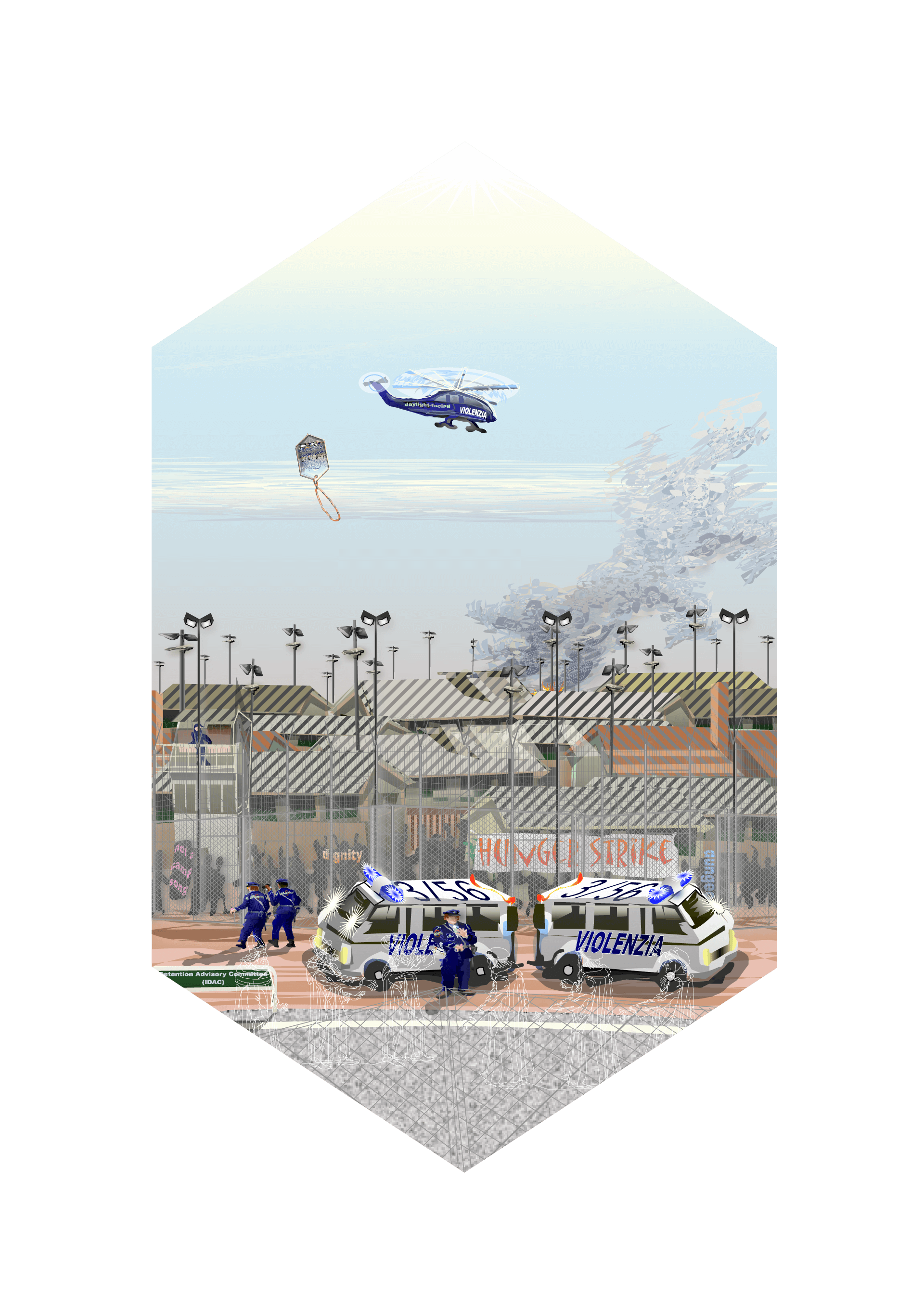 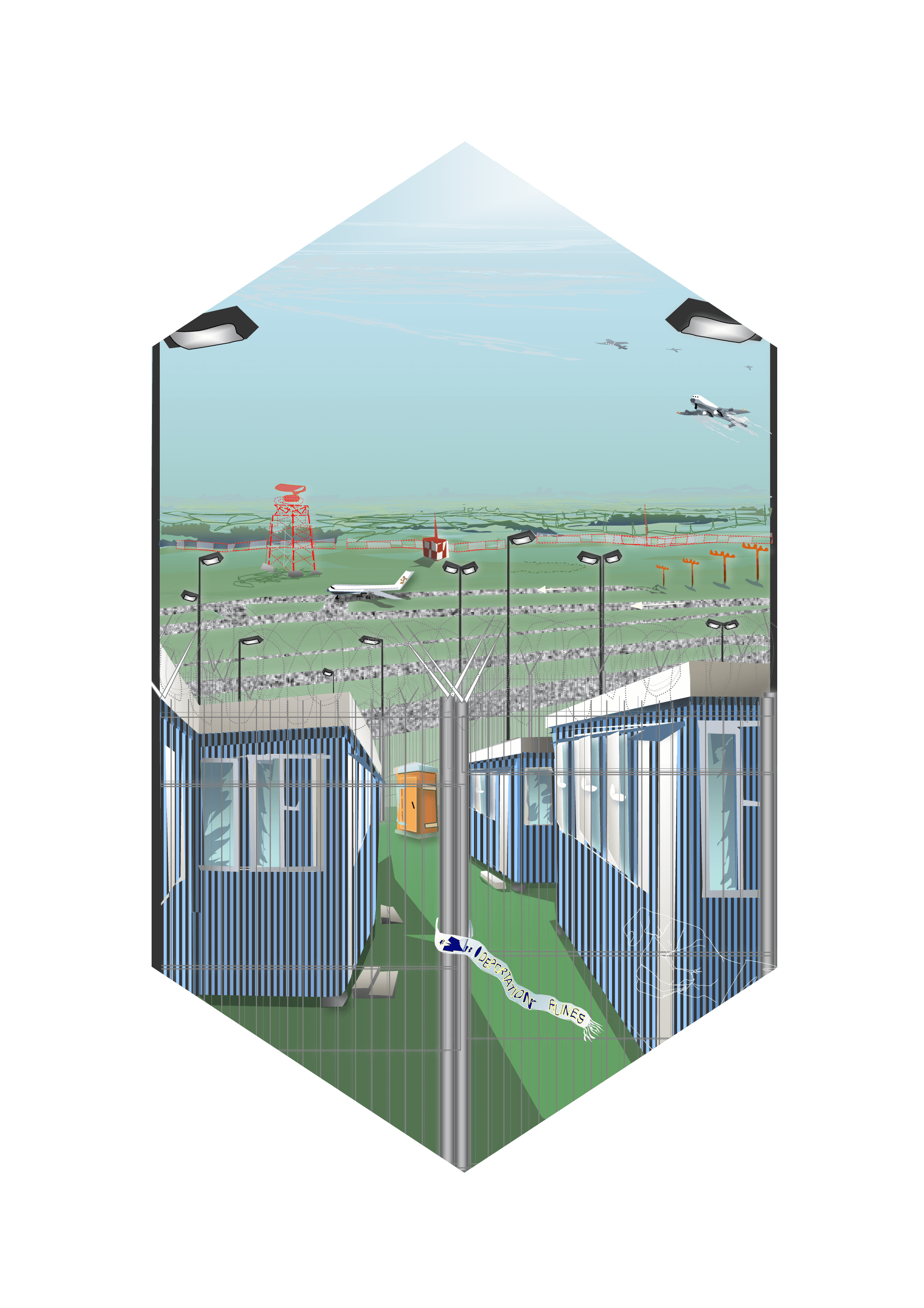 Woomera immigration detention centre was built on a defence site located in South Australia,[…] in the desert and about two hours drive from Port Augusta. Woomera was introduced in 1999 by the Liberal Government under John Howard, while Philip Ruddock was the immigration minister. […] The detention centre began with approximately 500 asylum seekers and ended up housing close to 1.500 adults, including about 500 children. Some remained in Woomera for the duration of the time it existed. Each day in Woomera was a nightmare. Sometimes I’d go to the fence on a 44 degree day and hold onto the burning hot fence thinking I was the only one but when I turned right and left I saw many others doing exactly the same thing. […] Most people were depressed, sleeping all day with nothing to do. […] In 2002 there was a big hunger strike, some stopped eating completely for days, and over 30 people, including children, sewed their lips together. During the hunger strike some started drinking shampoo and attempted suicide. After no response from the government or the DIMA manager, frustration grew daily and people ended up rioting with one asylum seeker hospitalised post jumping off the roof. The breakout during the Easter of 2002 was something we’d never forget; when the protestors arrived to the detention centre and broke the fences. Some asylum seekers managed to escape, some got arrested by the police, some tried to jump over the razor and got stuck in the middle and were cut so badly they fainted due to blood loss. […] As people were gathering closer to the fences the ACM guards become very aggressive and started beating and throwing people out of the fences. After a while police and the detention guards completely surrounded the situation and there was no escape. All went back to the sad reality once again. It has been ten years since the Woomera detention was closed and many of us are outside now after serving a minimum of 3–6 years in detention but the cruel experiences has impacted on us and will continue to.

The Pacific Solution is the name given to the Australian government policy of transporting asylum seekers to detention centres on island nations in the Pacific Ocean […]. Implemented during 2001–2007 […] the Pacific Solution consisted of three central strategies: Thousands of islands were excised from Australia’s migration zone or Australian territory. The Australian Defence Force commenced Operation Relex to intercept vessels carrying asylum seekers. The asylum seekers were removed to detention centres in Nauru and Papua New Guinea while their refugee status was determined.

In this role, he […] presided over the Howard government’s policies on asylum seekers. […] During his time in office, the previous Keating Labor Government’s practice of mandatory detention of asylum seekers was continued and extended. In October 1999, the Australian government introduced Temporary Protection Visas for persons who applied for refugee status after making an unauthorised arrival in Australia, and was the main type of visa issued to refugees when released from Australian immigration detention facilities. Many Afghan and Iraqi refugees who are not Australian citizens were affected by this policy. In 2001 Ruddock was also appointed to the role of Minister for Indigenous Affairs.

The Sangatte refugee camp has been the focus of huge tension between London and Paris since it opened in 1999. It has attracted thousands of would-be asylum seekers. Eurotunnel claimed it stopped some 18.500 refugees trying to smuggle themselves into Britain in the first half of last year alone – some 200 a night – and that the vast majority of them were from the camp. […] The British government and railway executives have accused France of inadequate policing of their side of the tunnel, while France has pleaded it is unable to cope with the vast numbers of refugees crossing its borders. Sangatte officially has capacity to house some 600 people, but up to 1.500 refugees use the camp […] Eurotunnel has repeatedly called for the camp to be shut, and started facing heavy fines from the government for every refugee slipping through the tunnel. It estimates it has spent more than 6m on security measures to protect the 1,700-acre terminal site, including 20 miles of outer fencing, six miles of razor wire and 300 video cameras. It also pays for about 360 security guards to patrol the site during any 24-hour period, and contributes towards the French policing bill. However, such efforts did not prevent a mass break-through of refugees who stormed the tunnel on Christmas Day, an event which was caught on camera.

The series of drawings Die Exklusive. Zur Politik des ausgeschlossenen Vierten by Andreas Siekmann draws on the inferno in the Divine Comedy (1321) by Dante Alighieri, into which Dante and the poet Virgil wander through various pits of hell. Many of these drawings are part of a carrousel-like sculpture, which is constructed around memorials of rulers in three different cities: Godfrey of Bouillon (Brussels, 2002), Augustus II the Strong (Dresden, 2003), Friedrich II (Kassel, 2007). In addition to the well-known division of powers into the executive, the legislative and the judiciary, a fourth power has existed since the founding of the nation-states: the exclusive as an exclusionary power. The drawings are witnesses to the global spread and supranational intensification of this fourth power between 2001 and 2010 and discuss the structural reasons for the emergence of these images. Often they are uploaded onto the Internet by non-governmental organizations (NGOs) and the media, in order to deter: police kettling at summit meetings, sneaker production in export production zones, people without papers at work in the greenhouses of Almeria, refugee uprisings. Each of the examples also describes how this fourth power drives itself into personal decisions and careers. The Exklusive becomes a mental category.