One evening in March 1969, thirty-three-year-old Bobby Seale—co-founder with Huey P. Newton of the Black Panther Party for Self-Defense (BBP) in October 1966—gave a speech in the packed-to-capacity main hall of Copenhagen’s Grundtvigs Hus. Skip Norman had traveled to cover the proceedings on camera and tape recorder. Seale’s speech was extensively deployed in Norman’s 1969 Deutsche Film- und Fernsehakademie Berlin (DFFB) diploma film Strange Fruit; Norman also used parts of the audio recording of the speech in his shorter film Cultural Nationalism (1968/69).

Together with Raymond “Masia” Hewitt, the minister of education of the BBP, their chairman toured Scandinavian cities (Stockholm, Oslo, Helsinki, and Copenhagen) in winter 1969; here, international support for the Black Revolution was particularly strong, and local solidarity committees formed after each appearance. The trip was organized as part of the “Free Huey” campaign to generate support for BBP’s imprisoned minister of defense.1 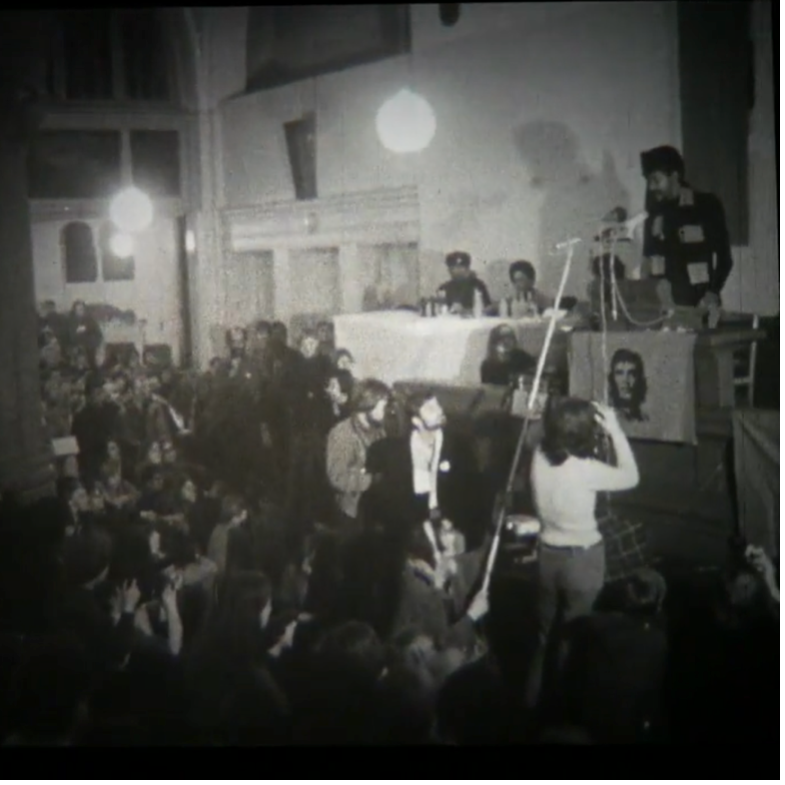 Norman films Seale, wearing a scarf and fur hat, standing at a lectern with a Che Guevara poster attached to the front, while a large baroque painting of an eighteenth-century Danish aristocrat can at times be discerned in the background. Seated at the table next to the lectern, facing the audience, were Hewitt, Leonard W. “Skip” Malone, and Connie Matthews. Malone was an African American author, journalist, and musician living in Denmark, and a member of the BBP. 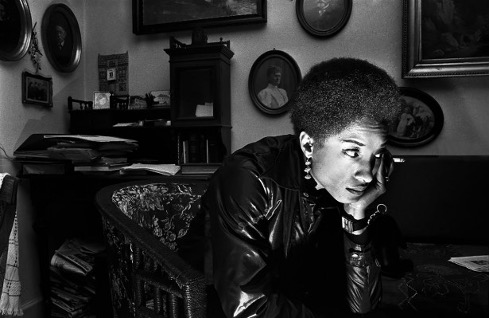 The main contact in Scandinavia, however, was Connie Matthews, the “lead organizer of this support,” according to Joshua Bloom and Waldo E. Martin, Jr.2 The “energetic and articulate young Jamaican woman” worked at the Copenhagen offices of the United Nations Educational, Scientific and Cultural Organization (UNESCO). Matthews, together with Malone, arranged, prepared, and accompanied Seale and Hewitt on the tour across Scandinavia in coordination with various left-wing Scandinavian organizations, enlisting their support by highlighting the class politics of the Black Panther Party. “I am only too willing time and time again to repeat to European audiences,” Matthews told Land og Folk, the communist newspaper in Copenhagen, “that the BPP is speaking about a world proletarian revolution and recognize themselves as part of this. It is a question of the oppressor against the oppressed regardless of race.”3

Matthews may also have been instrumental in organizing the publication of a small, twenty-page photo booklet on Seale’s appearance in Copenhagen.4 An extensive variety of people were in the audience at that evening. From the stage at Grundtvigs Hus, Malone noticed famed exiled jazz musician Dexter Gordon’s “tall frame at the back […], soaking in every bit of the Panther rhetoric. Later that evening, Bobby Seale, Dexter, Art Taylor, Johnny Griffin, and Sam Jackson were all invited for drinks at the home of one of the arrangers. And the Panthers were familiar with Dexter’s music, and of course they all had a lot of stories to exchange about their California background.”5 There’s room for speculation about whether Skip Norman may have been invited along to join the crowd of musicians and activists. 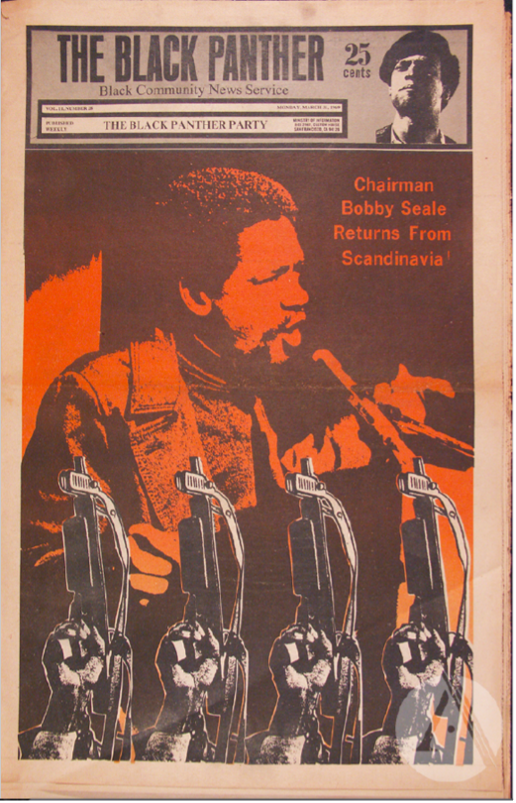 Upon Seale’s and Hewitt’s return to San Francisco, the Black Panther newspaper covered the trip which was monitored by the infamous (and illegal) COINTELPRO unit of the FBI. In the following year, 1970, it was again up to international solidarity committees to organize the release of Bobby Seale, now in prison as a result of the Chicago Eight trial and other proceedings.6 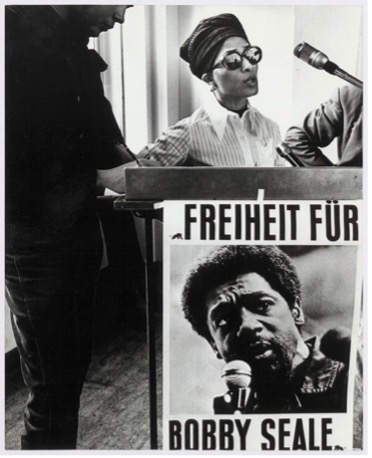 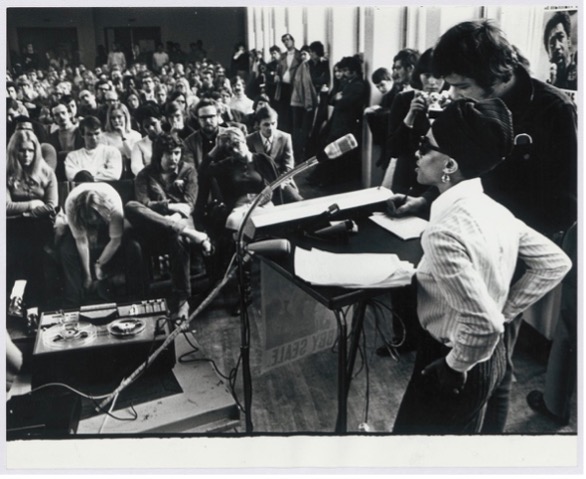 Among the events organized in West Germany, partly coordinated by the likes of former German Sozialistische Deutsche Studentenbund (Socialist German Students’ Union, SDS) leaders K. D. Wolff and Christian Semler, was one at the Jügelstraße student house in Frankfurt am Main, where Abisag Tüllmann photographed Connie Matthews, who had traveled from Copenhagen to speak at the event. Seale’s history of the BBP, Seize the Time: The Story of the Black Panther Party and Huey P. Newton (translated into German by Regine Wolf in 1971 as Wir fordern Freiheit: der Kampf der Black Panther) also appeared in 1970.