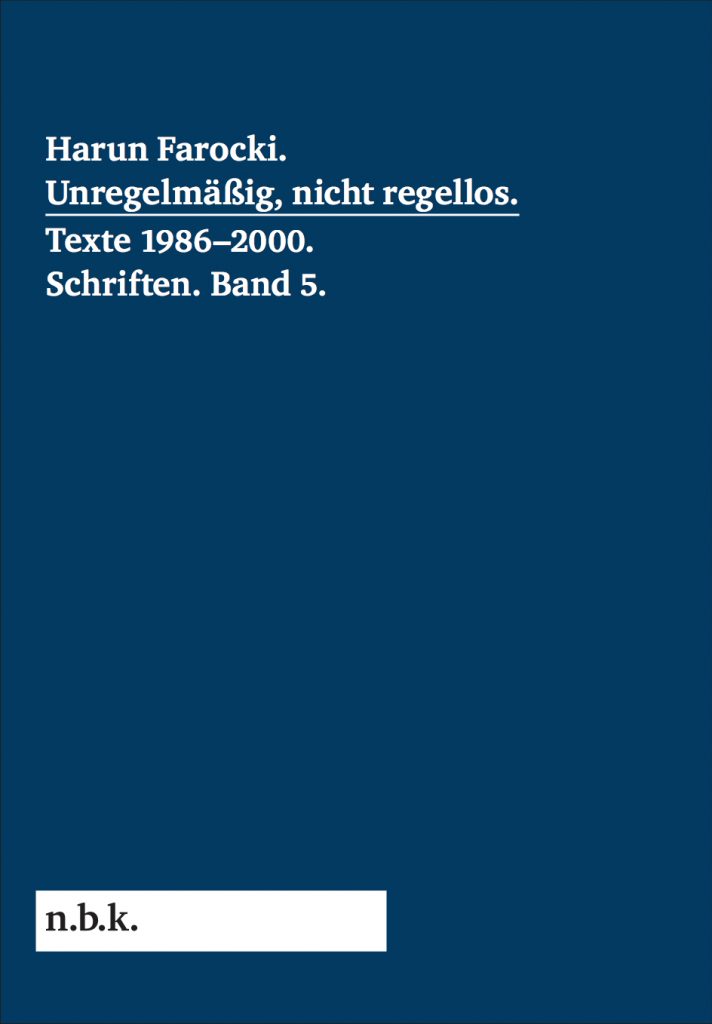 In the years between 1986 and 2000, Harun Farocki increasingly organized his cinematic work along the three categories of the observational film, the essay film, and the compilation film. In the mid-1990s, he also created his first installation works for the exhibition space.

Volume 5 of the “Writings” collects texts that Farocki wrote to accompany and comment on groundbreaking films such as IMAGES OF THE WORLD AND THE INSCRIPTION OF WAR, VIDEOGRAMS OF A REVOLUTION, WORKERS LEAVING THE FACTORY, and PRISON IMAGES. Moreover, like the previous volumes of the edition the book brings to attention a gifted author of newspaper columns and other occasional writings. An essay by editor Tom Holert rounds off the volume.