Hope, or Pandora in the time of the pandemic (Journal of Visual Culture & HaFI, 35)

This is the thirty-fifth instalment of a collaborative effort by the Journal of Visual Culture and the Harun Farocki Institut, initiated by the COVID-19 crisis. The call sent to JVC’s editorial board, and a wide selection of previous contributors and members of its extended communities, described the task as follows: “There is a lot of spontaneous, ad hoc opinion-making and premature commentary around, as to be expected. However, the ethics and politics of artistic and theoretical practice to be pursued in this situation should oblige us to stay cautious and to intervene with care in the discussion. As one of JVC’s editors, Brooke Belisle, explains: ‘We are not looking for sensationalism, but rather, moments of reflection that: make connections between what’s happening now and the larger intellectual contexts that our readership shares; offer small ways to be reflective and to draw on tools we have and things we know instead of just feeling numb and overwhelmed; help serve as intellectual community for one another while we are isolated; support the work of being thoughtful and trying to find/make meaning…which is always a collective endeavour, even if we are forced to be apart.'” TH 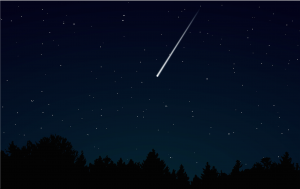 Hope, or Pandora in the time of the pandemic

If there is any way to hold out hope today, it must not be the protracted optimism of liberalism and its implicitly theological promise of ultimate redemption: “one day, just you wait.” Instead, the kind of hope that I will speak of here is immanent, yet precisely as the immanent force of finitude.

One figure of it is found in Goethe’s Elective Affinities: “Hope shot across the sky above their heads like a falling star.” Following Calvin Warren’s philosophy of black nihilism and the latter’s absolute refusal of the politics of hope, we might refer to the falling star as an image of spiritual hope—its luminescence darkening the sky as it cosmologically burns bright. Unlike the politics of hope and its infinite deferral, the worthiness of such cosmo-spiritual hope lies in it standing apart from both the torment of expecting what cannot be had (ends), and of bestowing upon hope the power of a mitigating force (means). As the last gift of the gods, hope (Elpis) is what remains in Pandora’s jar, after her curiosity led her to open the container, thereby letting all of the other evil forces (except hope) out into the world. At the end of, The Adventure (2015), Giorgio Agamben writes: “The fact that hope, as the final gift, remains in the box means that it does not expect its factual accomplishment in the world—not because it postpones its fulfillment to an invisible beyond but because somehow it has always already been satisfied” (93). What might Agamben mean by this, and how is such a postulation not a capitulation to the status quo, and hence perhaps a fate even worse than the politics of hope?

I think one answer can be found in a text by Agamben published twenty years earlier, on the writer Elsa Morante. Toward the end of that essay, included in the collection The End of the Poem (1996), Agamben turns to Morante’s theoretical description of colour and light in paintings by Fra Angelico. As when she writes: “Colours, are a gift of light, which makes use of bodies…to transform its invisible celebration into an epiphany…It is well known that to the eyes of idiots (poor and rich alike) the hierarchy of splendours culminates in the sign of gold. For those who do not know the true, inner alchemy of light, earthly mines are the place of a hidden treasure” (Agamben, 106). As Agamben explains, “The ‘celebration of the hidden treasure’ is therefore the becoming visible, in bodies, of the alchemy of light. This alchemy is both a spiritualization of matter and a materialization of light”—something like a falling star.

Agamben then reminds his reader of one of Kafka’s aphorisms: “The fact that only the spiritual world exists deprives us of hope and gives us certainty,” and once again we are faced with what appears to be a counter intuitive. Yet only if we refuse to see spirituality as a materiality of its own, precisely as keyed to the glimmer of starlight, of moonlight. Such that, as he goes on to say, “the loss of hope (even of that retrospective hope, nostalgia for Eden [or that prospective hope, promise of emancipation] is the terrible price that the mind must pay when it reaches the incandescent point of certainty” (108).

It is that incandescence of which Goethe and Morante wrote, and that we might imagine remains contained in Pandora’s jar, now a symbol for the colonization of cosmo-spiritual hope. Hope is neither a hidden treasure nor a future salvation. Instead, its mystery is the secret held by Melville’s Bartleby, who we might imagine, in the near silence of his preference not to, holds out the hope that salvation (appropriation) and damnation (abandonment), will no longer be the extraneous forces that bear upon life, but that instead, he will be able to exist as the singular self that he is—irreparably unfinished in his finitude, and therefore to be loved.

John Paul Ricco is Professor of Comparative Literature and Art History at the University of Toronto.