Observations from my balcony (Journal of Visual Culture & HaFI, 33)

This is the thirty-third instalment of a collaborative effort by the Journal of Visual Culture and the Harun Farocki Institut, initiated by the COVID-19 crisis. The call sent to JVC’s editorial board, and a wide selection of previous contributors and members of its extended communities, described the task as follows: “There is a lot of spontaneous, ad hoc opinion-making and premature commentary around, as to be expected. However, the ethics and politics of artistic and theoretical practice to be pursued in this situation should oblige us to stay cautious and to intervene with care in the discussion. As one of JVC’s editors, Brooke Belisle, explains: ‘We are not looking for sensationalism, but rather, moments of reflection that: make connections between what’s happening now and the larger intellectual contexts that our readership shares; offer small ways to be reflective and to draw on tools we have and things we know instead of just feeling numb and overwhelmed; help serve as intellectual community for one another while we are isolated; support the work of being thoughtful and trying to find/make meaning…which is always a collective endeavour, even if we are forced to be apart.'” TH

Quarantine from my balcony

My name is Edinson Arroyo. I am a documentary photographer dedicated to the exploration of rural territories in search of people, places and stories. However, after the arrival of the COVID-19 pandemic in Colombia, I had to seclude myself in my house in Medellin. There began an entirely new routine: washing my hands constantly; listening to the news hoping to find orientation but also encouraging messages; disinfecting the domestic space tirelessly; sitting down to contemplate the same landscape everyday. Home is perceived, in this context, not as the safe place, but as a paradoxical prison that keeps us safe, while a great uncertainty about the future looms over our heads.

In spite of this situation, and with the desire of keeping with the work I usually carry out, I decided to delve in a deep observation of my everyday surroundings. It is remarkable how much we can discover in our immediate spaces when our attention has not been captured by the constant haste of our responsibilities.

I never thought of working on a photo series from my balcony and to dedicate myself to the detailed observations of that place I called my home all along. In a way, it is a reflection on speed, about the need to stop to find new details in the places we thought we knew well. From my house I can see my neighbors and realize they are struggling during the quarantine; I know they can’t carry out their daily life, their friendly gatherings, their game nights. Also from my balcony, I need to shout to my other neighbor to say hi and tell her everything will be alright. My photography wants to show my neighbors and their mood as I perceive them.

This photo series aims to put forward those feelings of reflection, loneliness, unrest and, at the same time, hope, which today brings us together under the same purpose: to survive. 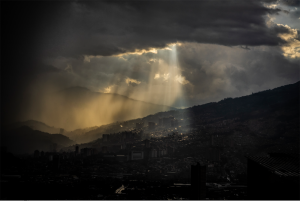 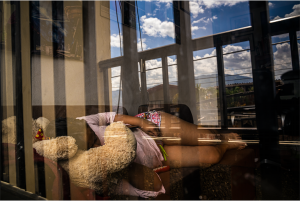 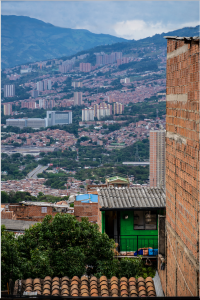 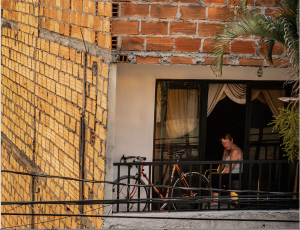 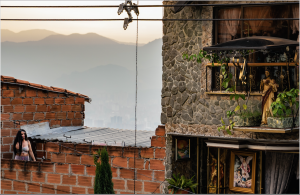 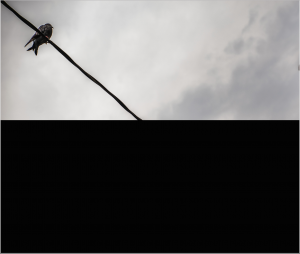 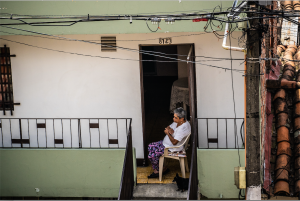 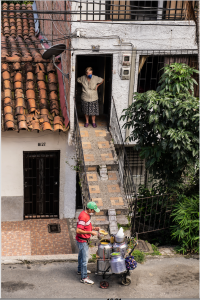 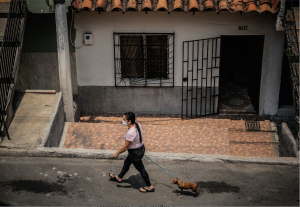 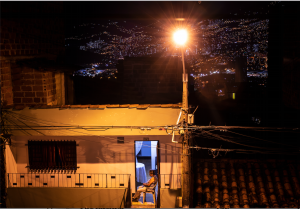 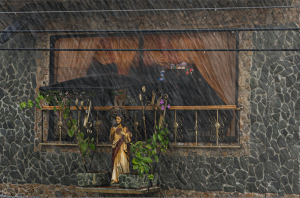