This is the twenty-fifth instalment of a collaborative effort by the Journal of Visual Culture and the Harun Farocki Institut, initiated by the COVID-19 crisis. The call sent to JVC’s editorial board, and a wide selection of previous contributors and members of its extended communities, described the task as follows: “There is a lot of spontaneous, ad hoc opinion-making and premature commentary around, as to be expected. However, the ethics and politics of artistic and theoretical practice to be pursued in this situation should oblige us to stay cautious and to intervene with care in the discussion. As one of JVC’s editors, Brooke Belisle, explains: ‘We are not looking for sensationalism, but rather, moments of reflection that: make connections between what’s happening now and the larger intellectual contexts that our readership shares; offer small ways to be reflective and to draw on tools we have and things we know instead of just feeling numb and overwhelmed; help serve as intellectual community for one another while we are isolated; support the work of being thoughtful and trying to find/make meaning…which is always a collective endeavour, even if we are forced to be apart.'” TH 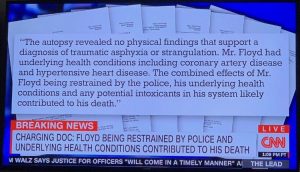 A slew of new words and expressions has entered our vocabulary in the past few months. Some come with clear-cut angles and marked spatial-temporal boundaries: lockdown, red-zone, quarantine, self-isolation, iso-pod. Others stretch into a hazy limbo – furlough – or combine into oxymoronic pairs – social distancing. Vital supplies nestle in unimposing acronyms like PPE, yet the word’s handy brevity does not make their shortages any less conspicuous. Meanwhile those who were previously deemed low-skilled are overnight upgraded to the status of key workers – but do not expect any improvement in pay or working conditions in return!

Unassuming and modest, the adjective underlying has started appearing in insistent combination with words such as health conditions or medical issues (see Merriam-Webster’s automatically selected sentences reflecting current usage). In its new blanket use, underlying points to medical conditions, chronic illnesses and disabilities that, in combination with age, we are told, are the real factors determining the death of thousands of people from the virus. This virus hits disproportionately the elderly and the vulnerable, we are assured. The garb of statistical fact is used here to cloak a eugenic claim, a social Darwinist worldview. The underlying singles out a group of people whose death it is meant to make somehow justifiable, socially acceptable and, to some, reassuring. It serves to separate and sort out people along the lines of an ideal, normative scale of able-bodiedness, no matter how unreal that ideal actually is.

In this, the underlying is close to the Gallicism triage, another word which has seen a recent surge in popularity. In its original meaning, triage denotes the act of sorting items, such as coffee beans, according to their quality. In the dictionary of military hospitals, where it has been in use since World War I, it indicates the sorting of wounded soldiers into groups according to the severity of their injuries. In the management of the current pandemic, triage or triage-like practices were applied in hospitals, care homes and the community at large, to redirect precious but insufficient resources – depleted by more than a decade of austerity – to patients with a greater chance of survival: predominantly young and with no serious underlying conditions.

The idea of a class of people with underlying conditions is close to the notion of risk group that Susan Sontag discusses in AIDS and Its metaphors. The ‘neutral-sounding, bureaucratic category’, as Sontag writes, inadvertently ‘revives the archaic idea of a tainted community that illness has judged.’ (46) Underlying conditions is a vague expression, indefinite enough to ward off scrutiny, capacious enough to contain whichever ‘fault’ does not conform with the abstract notion of a perfectly healthy and functioning body. Indicating what lies ‘beneath or below’ or what is ‘basic and fundamental’, underlying conditions are invisible, tucked away in deep structures, manifested only in the sudden flare of symptoms – a rash on the skin, a spike in deaths. Like the virus, they are undetectable to the naked eye. Although, in its current use, underlying conditions remains specific to medical practice, for it to be truthful, its scope should rather be stretched to include all those interlocking structures of discriminations that shape life in contemporary capitalist societies – race, class, work, gender, sexuality, money, education, able-bodiedness.

The language we use, the language we are given, is a mirror of what Johanna Hedva calls the ‘world’s ableism’. A pandemic disables ‘normal’ life; it suddenly makes what was easy, accessible and ordinary, hard, out of reach and odd. Except that such ‘normal’ life has never been easy or accessible, ordinary or indeed normal for the chronically ill and/or disabled. ‘The world’s ableism’, Hedva writes, ‘has always been a thing, it’s just now getting closer to those who normally don’t feel it.’ What will we do with this newfound knowledge?

Hedva urges us to confront the ableist biases not just in our everyday language, but in the language we use to protest against it too. Slogans like ‘take to the streets’ or ‘occupy the square’ will always exclude those bodies who are too sick to get out of bed. Now that we are all home bound or have been (at least those of us lucky enough to have a roof), it’s time to rethink what a revolution could be like. This revolution to come, which is already here, calls for a general strike: stay at home, refuse to work, refuse to go to school, refuse to shop, refuse to pay rent, ‘refuse as much as possible to get sick or make others so.’ As Anne Boyer writes: ‘demonstrate in [y]our every action that the lives of the vulnerable matter, that the deaths of the sick and the elderly and the poor and imprisoned from this virus are unacceptable.’ This revolution is and will be an act of communal care, and care is always inherently revolutionary as it ‘demands that we live as though we are all interconnected’ – which, of course, we are – thus invalidating ‘the myth of the individual’s autonomy’ (Hedva).

There’s another word now in vogue, that while pointing to our essential interconnectedness, has been perverted in its preposterous use. Herd immunity is a form of indirect protection from an infectious disease that occurs when vaccination rates in a population are high enough that a pathogen stops spreading, so that even individuals who would otherwise be vulnerable, such as babies or cancer patients, are protected. The vaccinated, immune bodies shield and protect the unvaccinated or immunocompromised person. There is a direct, etymological connection between herd immunity and vaccination. The word vaccine comes from the Latin vaccinus, meaning ‘from cows’, as the first vaccine preventing smallpox was obtained by injecting people with the similar but much milder cowpox virus. Herd immunity without a vaccine is slaughter.

The expression herd immunity, as Eula Biss observes, is an unfortunate term, in that it’s difficult to sever from the image of cattle waiting to be sent to slaughter or from the associate idea of herd mentality. Biss proposes trading the metaphor of the herd for that of the hive, which evokes a networked and interdependent collectivity: ‘Honeybees are matriarchal, environmental do-gooders who also happen to be entirely interdependent.’ And we are, of course, entirely interdependent too.

This interdependence, that some want concealed, is now in full sight: from disrupted supply chains, to the vital role of postal workers, transport workers and delivery services, from the tangible obligations of care we owe to each other to the spontaneous emergence of mutual aid groups. In the midst of capitalism’s hierarchical systems of structural discriminations that show no sign of subsiding, and as governments hastily withdraw already paltry measures to shield vulnerable people, let us, the underlying, continue to build more permanent infrastructures of support and radical care.

At the time of writing, George Floyd was murdered by a police officer in Minneapolis. Floyd’s underlying health conditions were used in the coroner’s autopsy as a cover and excuse for what is clearly a case of racialized police brutality.

Elisa Adami is a researcher and writer based in London. She is a postdoctoral research fellow at UAL’s Decolonizing the Arts Institute, and a visiting lecturer at the Royal College of Art and Kingston University.