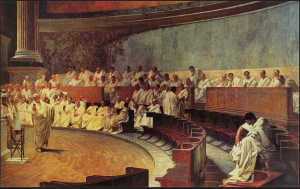 It is not often that an entire society, on a global scale no less, faces decisions on a matter with which we have little or no previous experience. How to exit the Covid-19 confinement measures adopted in many countries is just such a dilemma. Approaches to achieving this are debatable, vary from country to country, and should perhaps differentiate even within the same territory.

Several countries have already established advisory bodies for this purpose. While the Italian government has decided to set up a task force headed by the former CEO of one of the world’s five largest mobile phone companies, indicating that private sector involvement can be decisive, the US president has sought loyalty over professionalism; he even contemplated giving his daughter Ivanka a key role in a task force.

This begs the question: If we consider randomness to have value in assuring that data is reliable, should we not also resort to it – in, say, a random survey of an affected society – as a means to mediate and deliberate such a decision that is so monumental and, as it has been felicitously put, “unexperimented.”

Not long ago, Ireland’s government debated two issues of great social relevance: the legalizations of abortion and gay marriage. In doing so, Dublin resorted to the same method Iceland used in 2011 to adopt a new constitution: it formed an advisory body comprising of citizens selected at random.

This practice, brilliantly brought to today’s discussion in David Van Reybrouck’s Against Elections, and known as sortition is neither new nor “unexperimented.” It was the method used in ancient Greece to select holders of public office, as elections similar to those we hold today were believed to lead to oligarchy. A segment of today’s political thinkers aspires to have this method re-established to fill legislative bodies with citizens selected by lot, yet it is already being employed in a few Western democracies as a method of forming advisory councils. In Ireland, the influence of the randomly chosen 66 citizens of a 99-member body on the discussion and ultimate findings enabled progress that for decades had eluded experts, politicians and legions of liberal and conservative lobbies. It is a cogent example of real democracy rescuing epistocracy, or the rule of experts.

Those resistant to the idea of sortition as a substitute for election are often surprised when it is made clear to them that the use of random selection is a standard and reliable practice in many representative democracies – most notably in judicial systems comprising juries of one’s peers and in electoral polling stations in countries such as Spain.

Let us now return to the Covid-19 crisis, where it is uncontroversial that that randomness plays a key role in testing and in using data to formulate an informed epidemiological response. Spain’s government expects a sero-epidemiological assay of 30,000 randomly chosen households to provide more relevant data than the symptomatology of the more than 300,000 cases registered there so far. Lockdown has proven to be a powerful tool in curbing the exponential trend of viral contagion and saving health care systems from catastrophe. The loosening of existing lockdown measures while there is still no vaccine is bound to create upturns and downturns in the daily number of new cases moving forward. In fact, these are the fluctuations that will determine whether the decisions to loosen lockdowns are appropriate.

This conundrum is not dissimilar to the triage calculations faced by doctors during the crisis, the difference being that such decisions fall now in the realm of biopolitics. In our current dilemma of loosening lockdown restrictions, the risk faced is not that of the surging infection of many individuals by an unknown virus – we know the virus by now, so future outcomes will largely be the result of decisions made in these committees of experts to advise the governments that shoulder ultimate responsibility.

Given this situation, what should take precedence: the further reduction in the number of newly infected and deceased, or the rebound of the economy? If the former, then how much of a reduction? Until the health system returns to normal? And does normal include the bandwidth to train the contact-tracing teams and execute the necessary contagion tracking that could not recently be carried out due to overwhelmed health and governmental systems?

But let’s focus on the original question at hand: Who should make these decisions? During the unexpected outbreak phase, many governments turned to scientific and public-health experts who almost exclusively advocated for lockdown. But the crisis is now in a new phase, and if there are no experts, who should deliver advice? Are corporate experts or close kin well-suited for this task? While assembling technocrats in a committee of experts may sound appropriate, how can we know this group could assess the interests of the wide array of individuals and communities with a stake in what is ultimately a decision about lives and livelihoods?

If we believe that a random sampling of thousands of families distributed throughout a territory provides a true picture of the penetration of the virus in society, why not use a similar sampling of citizens to consult and to discuss how and according to which variables a deconfinement strategy should be configured? Are we sure that they will have nothing to contribute to the group of governmental experts already in place?

If, as is often claimed, the goal is to reach a broad consensus, and while experience is scant yet trust in society is great, this would seem to be a good occasion to incorporate a reliable representation of actual society into that committee of experts.

It would be an advisory body that, as in the aforementioned cases in Iceland and Ireland, supervises measures and supports decision-making, along with experts, legislators and members of the executive branch. It would be a committee capable of giving its opinion on the suitability or dignity of the concessions that citizens will ultimately have to make, not only in terms of the means necessary to live but in the face of the contingency of fatality, not only in the face of economic figures but also in society’s and individuals’ physical and mental health beyond the pandemic. And it goes without saying that this committee would be at least somewhat less subject to lobbies and corporate groups of various kinds, and to be less confined by the calculations often made by politicians to safeguard their careers.

Random selection would ultimately seem preferable to the method of incorporating technocrats, retired CEOs, family members, or confidants of the president to give weight and voice to factors such as what defines an essential worker and what is the right balance between risk and reward. Various sectors and workers are affected unequally – a farm laborer alongside a computer programmer who can work from home, a single parent of three alongside a dependent-less young professional. There’s more at stake than just the GDP and unemployment rates.

A United Nations consultant on this matter, with whom I have contrasted various data, highlighted an additional advantage of the sortition method. In the event that the result was as positive as those in Ireland and Iceland, the individuals who would deserve credit would not be the politicians, but rather the randomly selected committee members: the people.

Luis Feduchi is a practicing architect and academic.