Dispatches from the Melton Prior Institut (2)

The second delivery from the Melton Prior Institute (meltonpriorinstitut.org). Alexander Roob and Clemens Krümmel have activated their unique archive of non-photographic picture journalism and showcase examples from the coverage of epidemics in illustrated journals of the late nineteenth and early twentieth centuries. Today: a multi-part reportage on the cholera in Hamburg in the summer/fall 1892 from the Illustrated London News: 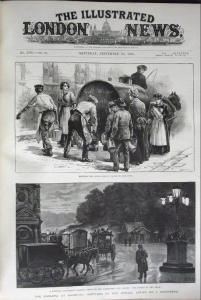 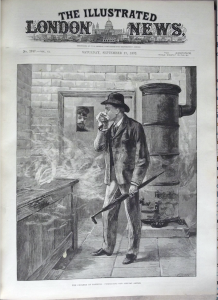 “The Cholera at Hamburg” (“Fumigating Our Special Artist”), The Illustrated London News, September 17, 1892 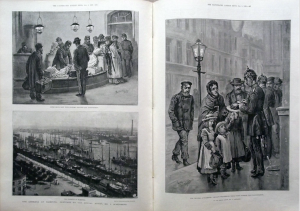