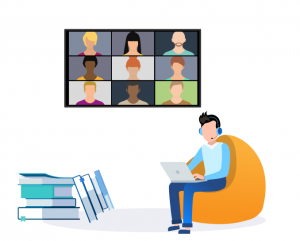 Among the most unsettling attributes that have quickly gained notoriety (and poignancy) due to the current crisis’ new linguistic conventions and discursive framings can be counted “from a distance” or “remote”. In particular, the prescription of “social distancing”, which for too long has been met with incomprehension and reluctance, plunged the idea that intimacy relies on physical proximity into deep crisis. Instead, the possibilities and necessities of non-physical proximity as well as long-distance business and educational relationships have been granted utmost importance. The Greek prefix τῆλε (tele) and its inimitable career in image and media technologies, through optical devices such as the telescope and the telephoto lens or in apparatuses like “tele-vision” gains an ethical dimension and at the same time seems to break ontological ground.

This new meaning of the long-distance relationship is far less novel than what is being presented at the moment. If Skype and Zoom are heralded as tools of learning and teaching, planning meetings and unplanned socializing in “remote” mode, they can also be seen as a re-enactment of individualized and locally unbound study. This was the case with television and how it was implemented by Western educational systems through didactic – rehearsed pedagogical sub-departments such as tele-learning or school television and educational institutional inventions exemplified by the distance remote learning universities of the late 1960s to the 1980s – arguably the most glorious example being the BBC’s intersection with the British Open University.

At a more fundamental level, however, every image is to be considered a distancing tool. In “Nah und Fern zum Bilde”, a short 1986 essay (the title of which was also used for a later anthology of some of his miscellaneous essays) by the late art historian Martin Warnke incorporated these somewhat mysterious sentences: “The gaze from a close range can be found suspicious of wanting to examine something, as if to watch something with a magnifying glass. To look at an image from close range usually implies wanting to get something out of it that it never wanted to give.” This formulation, inspired by a Rubens drawing of a Pordenone fresco, may be taken as advice for how to behave in these days. TH