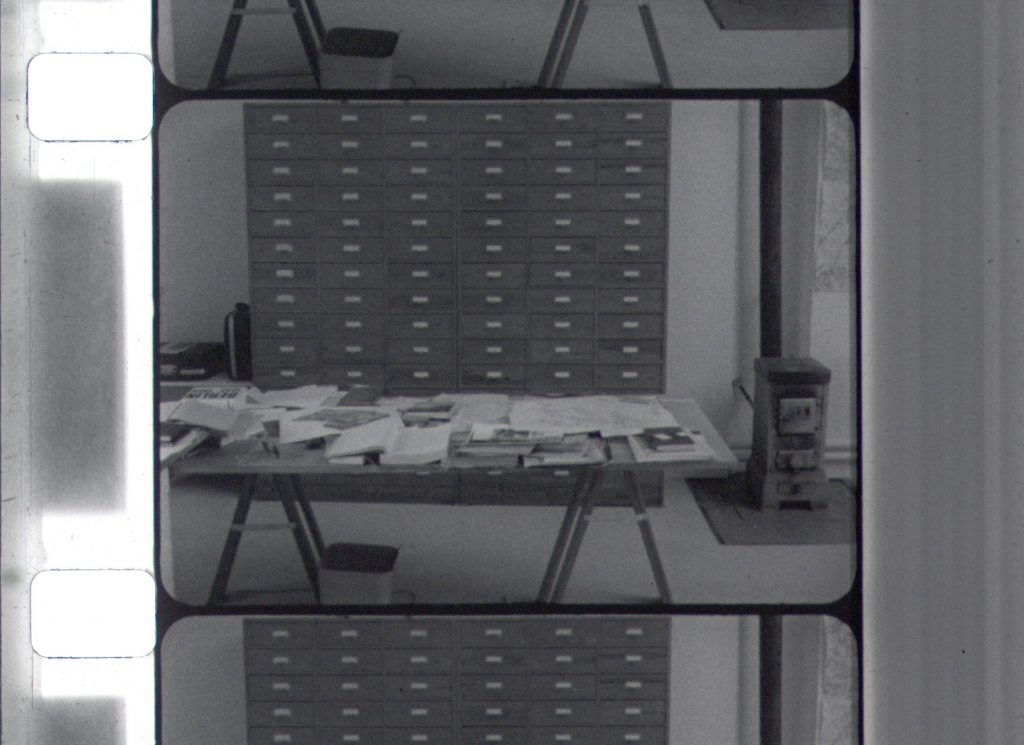 For the Harun Farocki Institut, Peter Weiss’ 100th birthday on November 8, 2016 meant an opportunity to take a closer look at Farocki’s WDR program “On display: Peter Weiss”. Apart from a look at the production history of the program via the WDR production files (HaFI 003) and an event at silent green with curator Carles Guerra, around 60 minutes of unused interview material between Farocki and Weiss from the Institut’s archive were digitized.

Thanks to Markus Ruff and Rainer Meyer (kornmanufaktur).